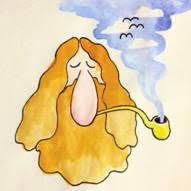 August 3, 2015 (Sacramento)--The California tax board officials Friday announced their interest in forming a state-run bank that would allow legal marijuana business operators to transition from what has traditionally been a cash only business to legitimate banking.

Democrat Fiona Ma, of the state Board of Equalization, said that growers and dispensary operators typically pay their state taxes in cash, creating concerns about public safety the Sacramento Bee reported.

California was the first state to legalize the use of marijuana for medical treatment.  That was back in 1998 and since then 23 states and the city of New York have legalized cannabis for medical use by patients who have written recommendation from their doctor.    And an initiative to legalize recreational marijuana will surely be on the ballot in California so it appears the industry is growing.

However, marijuana remains a cash only business.  Even the fees paid to the State, taxes and county permits as well as vendors – it’s largely a cash business.

Given the federal prohibition on the drug - access to financial institutions is difficult.

Ma said at a meeting on the topic she convened Friday, “We lead in many first-in-the-nation initiatives, and I believe we could create some sort of state depository that could handle cash deposits and also be available for the industry to make electronic transfers to make their payments.”

She concluded, “We’re a big state, and we have very creative minds,” signaling an ingenious solution to a key obstacle to marijuana-based business owners.