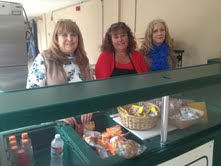 After several meetings and trying to get a fair negotiation, a CSEA representative who asked not to be named told ECM, “We were forced to choose between the lesser of two evils.  We lost some hours, but it wasn’t as drastic.  We were able to save seniority benefitted jobs.”

The rep informed ECM that “having Anna Bongard on the negotiations was helpful, considering layoffs and bumping rights because she knows how to navigate it.” He added that Martin sacrificed her seniority-benefitted job and “volunteered to take a layoff for someone else.”

Last year, the Superintendent of La Mesa-Spring Valley School District stated multiple times both verbally and in e-mails that the District had planned the 2012/2013 school year assuming “a worst case scenario” – that Prop 30 wouldn’t pass – and that there were to be no layoffs.

The CSEA rep explained that the District later sought to cut the number of senior positions in half, allowing for the elimination of benefits.

“So the worst case scenario didn’t happen.  To the surprise of everyone, Prop 30 passed, and the first thing the district wanted to do was to lay off kitchen staff.  Their argument was that the Child Nutrition department operated under a separate budget and that it was losing money.”

“We were in negotiations with the classified association before the election. All Prop 30 did was to alleviate potential cuts and prevent further cuts,” he noted. “In the current year, no additional money was provided. We experienced a declining enrollment at middle schools [due to putting the sixth graders in the elementary schools]. The workload at the kitchens declined, so we had to make necessary changes.”

CSEA argued that the main reason the District can attract quality workers is because of the benefits and that when benefits and seniority rights are taken away, the best workers will go elsewhere.

“Ultimately the quality of work will suffer and so will the children,” the CSEA rep indicated.

Folllowing negotiations, CSEA and the district agreed to retain the benefited positions by cutting from the bottom.

“We still lost some hours and some personnel, which we were not happy about, but at least we were able to protect people who had invested a great portion of their careers working for the district and were probably now facing having their retirement disrupted.,” said the representative.

After many hours of negotiations, CSEA’s Chapter 419 negotiating team convinced the district allow the kitchen managers to create their own plans to resolve the department’s fiscal woes. “Nobody [from the kitchen staff] is jumping for joy over this,” the union rep indicated. “People are just relieved to have jobs while grieving hours that will be lost.”

The resulting MOU (Memorandum of Understanding) was taken before the School Board on February 15, where it was immediately approved.  Then, the members of Chapter 419 ratified it on the 16th.  Before the effects take place, the Child Nutrition workers will get a 60 day notice.

Asked his views on the outcome of the negotiation, Superintendent Marshall replied, “We always work with the association, and we’re always grateful we can work together to find solutions that are good for everybody.”