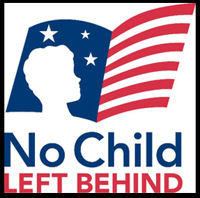 May 13, 2012 (Sacramento) -- The State Board of Education (SBE) today voted to seek a state-defined waiver of selected provisions of the federal No Child Left Behind Act (NCLB), which would allow the state to use its accountability system to focus improvement efforts on the lowest performing schools and provide schools greater flexibility over the use of federal funds.

On behalf of all California school districts, SBE President Michael Kirst and State Superintendent of Public Instruction Tom Torlakson will ask the U.S. Department of Education to set aside select requirements of Elementary and Secondary Education Act (ESEA), which inaccurately labels too many schools as failing. The request would allow California to use its own accountability system to ensure that all schools are held accountable for improving learning outcomes for all students.

California’s request differs from those filed by other states in response to an invitation extended by the U.S. Department of Education to each state to request flexibility from certain provisions of ESEA in exchange for specified policies to improve student learning and increase the quality of instruction. State officials thoroughly considered the federal waiver proposal, but opted to craft a state-defined waiver request because California’s budget challenges and mandate reimbursement laws make it impossible to comply with the wide-ranging new requirements of the federal waiver package.
It’s time to leave behind No Child Left Behind,” Torlakson said. “This request capitalizes on our strengths – our well established accountability system. It also provides school districts an opportunity to get the relief they deserve now, and the flexibility they need to direct limited funds where they will do the most good.”
Added Kirst, “We think our targeted approach is appropriate for a federal waiver. It addresses our specific needs and fits within the goals and parameters of ESEA.”
California’s waiver request has three main objectives:

1) End the ineffective practice of over-identifying schools and districts for program improvement, a formal designation that has confused parents and the public, demoralized teachers, and tied up funds that could have been more precisely targeted on schools that are most in need of improvement.
2) Give districts greater spending flexibility to improve student achievement.
3) Transition to a single transparent accountability system.
If approved, the waiver would set aside the requirement that any school that fails to meet federal proficiency targets be labeled a failing school, and enter a federally mandated system of program improvement. Such schools are required to dedicate some of their federal funds to specific uses – even if they conflict with local priorities.
The ever-increasing ESEA performance targets have forced the California Department of Education to brand 63 percent of Title I schools and 47 percent of schools receiving Title I funds as “needing improvement” and to apply sanctions that do not necessarily lead to improved learning for the students in those schools.
California schools are currently subject to two accountability measures—the federal government’s Adequate Yearly Progress and the state’s Academic Performance Index that was established through the Public Schools Accountability Act of 1999. Since the inception of the federal model, the two measures have often led to confusion for the public and at times have been at odds with each other.
The federal system has subsumed increasing numbers of schools and districts under the banner of failure for the past decade while California’s system has consistently differentiated between schools that are improving and those that are not.
If the waiver is granted, California will return to a single method for monitoring school performance, applying sanctions and requiring improvement activities in a targeted set of schools that have failed to improve.
Said Kirst, “We want relief from the parts of the federal law that aren’t working, but that doesn’t mean we’re retreating from accountability. Our system is better than NCLB at identifying which schools need help.”