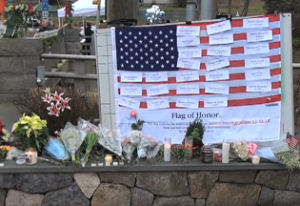 January 20,2013 (San Diego)—Both of California’s U.S. Senators are strongly supporting actions to restrict assault weapons and protect the public from mass shootings, though members of San Diego’s Congressional delegation are divided in their views toward President Barack Obama’s plan for reducing gun violence.

California Senator Dianne Feinstein (D) has confirmed she intends to introduce legislation to reinstate a ban on assault weapons this week. A U.S. Department of Justice study found the prior assault weapons ban authored by Feinstein resulted in a 6.7 percent drop in the murder rate nationwide. Find details at http://www.feinstein.senate.gov/public/index.cfm/assault-weapons.

“The assault weapon is developed for military purposes to kill in close combat. In doesn’t belong in the streets of our cities,” she said adding that it does not belong in the hands of people who can walk into a mall, a movie theater or a school intent on killing.  The bill would also subject grandfathered weapons already owned to licensing and trigger locks. It would ban about 100 weapons by name and others by description.  She would also ban clips that enabled the Sandy Hook elementary shooter to fire off over 100 rounds, killing many children.

For California Senator Barbara Boxer (D), gun violence is personal.  She recalled the loss of a friend’s son, murdered by a gunman who killed eight people in San Francisco back in 1993.

“The slaughter of innocents must stop,” Boxer said in a press statement.  She noted that in 2009, 31,347 people died from gun violence in our nation. That’s 87 people for every day of the year. Another 73,505 people were injured by firearms.

“Here is what I think we must tackle – and we can do it without violating gun rights,” Boxer stated, adding, “First, we must take weapons of war and high-capacity clips off our streets. Second, we must ensure that local law enforcement is involved in reviewing conceal and carry permits. Third, we must close the gun show loophole so background checks are conducted. Fourth, we must keep all guns out of the hands of the mentally ill – and get them the help they need. And finally, we must keep our schools safe by utilizing all of the law enforcement tools at our disposal.”

Boxer said Congress has “failed our children,” noting that since the Columbine school shooting in 1999, 203 students and teachers have been killed and 175 students, teachers and others have been wounded due to gun violence at our schools.

“We have to stop worrying about our political skins. There is more to life than that. There are judgments that will be made about us while we are here and after we are gone,” Senator Boxer concluded, “Let us pull together and show our children we love them and we will protect them by taking clear and common sense steps together.”

Among San Diego’s House of Representatives delegation, newly elected Congressman Scott Peters (D) has announced his support for a comprehensive approach to reducing gun violence.  “In the wake of the horrific tragedy in Newtown—and Aurora, Columbine, and Tucson before that—there is just no way we cannot do those things in our power to prevent these massacres,”

Peters said in a press statement issued Thursday.  “We must have a rational and nonpartisan discussion that leads to lower rates of gun violence.”

Specifically, Peters said he supports better enforcement of existing gun laws and background checks on all gun purchases to prevent guns from falling into hands of criminals and those prone to violence, “reasonable” restrictions on types of guns and ammunition originally intended for military, more attention to mental health awareness and treatment, and tools for law enforcement o keep schools, families and neighborhoods safe.

He added that he supports the Second Amendment and the right of individuals to own guns for sporting, collection and self-protection, but agrees with law enforcement that “there’s no reason for civilians to have weapons of war which end up on our streets and in our neighborhoods.”

But Rep. Duncan Hunter (R) , who represents rural East County, questioned whether 23 executive actions taken by the President “would have done a single thing to prevent past incidents,” U-T  San Diego reports.

The major components of the President’s plan, such as banning assault weapons and large rounds of ammunition, would require Congressional approval. Hunter did not address those points but has in the past been an opponent of gun controls.

Rep. Juan Vargas (D) representing the southeast portion of the County, voiced support for one key element of the President’s plan.  “I agree with Ronald Reagan and Barack Obama that we ought to ban these assault weapons,” he said, citing the need to protect our nation’s children, U-T San Diego reported.

As for Rep. Darrell Issa (R) , he has voiced “concerns about insufficient Justice Department efforts” to enforce existing gun laws that provide criminals access to firearms, Southern  California Public Radio (KPPC) reports.   (Issa’s stance is ironic given that he was arrested in 1972 on illegal firearms possession, the San Francisco Chronicle reported, and has also been accused of intimidation with a gun, Media Matters reported: http://mediamatters.org/research/2011/01/11/report-media-ignore-rep-issas-alleged-criminal/174997. )

After losing a daughter and two sons to gun violence, Shirley Chambers prayed and dreamed her only surviving child would grow up to be an old man. But on Sunday evening, a day after her 34-year-old son, Ronnie, was shot and killed, she was coming to the awful realization that she would need to buy another set of flowers on her regular visits to see her children at Burr Oak Cemetery (Chicago). Ronnie Chambers was shot about 2:15AM in the 1100 block of South Mozart (Chicago) after attending a downtown "listening party" for a rapper known as "YK."

"He did'nt have no beef with nobody," Shirley Chambers said. "We need tougher gun laws, where people will know they will be in prison for a long time if they choose to pick up a gun and take a life."