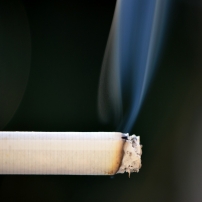 December 28, 2015 (Sacramento) -- Anti-smoking advocates are pressing for a $2 a pack tobacco tax in the wake a recent report that says California is seriously shortchanging smoking cessation programs.

The annual report from the Campaign for Tobacco-Free Kids, called Broken Promises to Our Children, monitors how states spend the billions of dollars from the tobacco settlement of 1998.

It found that California spends $65.6 million a year, which is just 18 percent of what the Centers for Disease Control and Prevention recommends.

Jim Knox, vice president of government relations for the American Cancer Society Cancer Action Network, says what's worse is that money comes from the existing state tobacco tax, not from the tobacco settlement.

"Back in the late 1990s, the California legislature and then-Gov. Gray Davis decided to use the money to get the state out of a budget hole,” he states. “And now the annual payments just pay off the debt on the loan they took out back then to balance the state budget."

The report did have some good news – only 12.5 percent of adult Californians smoke, compared to 16.8 percent across the country.

John Schachter, director of state communications with the Campaign for Tobacco-Free Kids, says the tobacco companies spend almost $10 in marketing for every $1 the Golden State spends on smoking cessation efforts. And that ratio is 20 to 1 nationally.

"We've made so much progress, that people and legislators and policy makers may think the battle is over,” he points out. “But regardless of what states are doing – and unfortunately they're doing a lot less than they should be – the industry is not letting up."

A coalition of health groups called Save Lives California is gathering signatures to put a measure on the ballot that would raise the tobacco tax by $2 a pack – and dedicate the money to smoking cessation programs and to shore up Medi-Cal, the state's health insurance program for low-income families and the disabled.