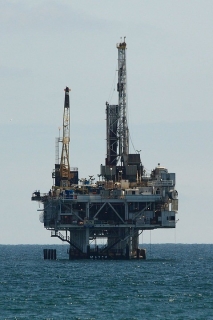 December 20, 2016 (Los Angeles) – California’s Attorney General Kamala Harris and the Coastal Commission have filed a lawsuit against the U.S. Department of the Interior that seeks to prevent fracking, acidizing and other risky well treatments on the Pacific Outer Continental Shelf off the state’s coastline.

Harris states, “We must take every possible step to protect our precious coastline and ocean.”

The action challenges an Interior Department assessment earlier this year which concluded that fracking poses no significant environmental impact.

The incoming Trump administration, which has voiced skepticism over climate change and appointed fossil fuel industry supporters to key posts, is expected to be friendly to oil and gas company interests over environmental concerns.

Coastal Commission Chair Dayna Bochco sums up the need to preserve California’s seashore, stating, “Our coast is a treasure that we must preserve and protect for future generations and we must not take unnecessary risks with it.”