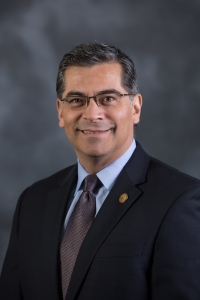 State joined by Minnesota, Maryland, and Maine in lawsuit standing up for Dreamers

September 11, 2017 (Sacramento) -- Today, California Attorney General Xavier Becerra, joined by the attorneys general for Minnesota, Maryland and Maine, filed a lawsuit against the Trump Administration over its decision to end the Deferred Action for Childhood Arrivals initiative (DACA). The four States filed the suit in the U.S. District Court for the Northern District of California arguing that the Trump Administration violated the Constitution and federal laws when it rescinded DACA.

“The DACA initiative has allowed more than 800,000 Dreamers, children brought to this country without documentation, to come out of the shadows and become successful and productive Americans. One-in-four of those DACA Dreamers know California as home, and it’s no coincidence that our great state is the sixth largest economy in the world,” said Attorney General Becerra in a press statement.

He adds, “In California, we don't just support and value them – we fight for them. And it’s important that we get this right. We will not permit Donald Trump to destroy the lives of young immigrants who make California and our country stronger. The court of public opinion has already spoken: the vast majority of Americans agree Dreamers should be here to stay; so now it's time to fight in every way we can – and on multiple fronts – in the court of law.”

The DACA program was created via executive order by President Barack Obama, after Congress proved unwilling to enact comprehensive reform. Multiple states have previously sued to challenge the legality of Obama’s order, contending that only Congress has the power to enact immigration laws.

Facing threats of further legal action if he did not repeal DACA, Trump issued an executive order to terminate the program unless Congress passes legislation within six months to spare dreamers from deportation. This goes back on a promise he previously made to dreamers that he would show compassion toward them.

But now the administration faces new litigation, this time challenging the legality of using information obtained when young people registered for DACA believe it would protect them, to instead find and deport them

Roughly a quarter of all DACA grantees, or more than 200,000 young people, live in California, so our state will have the strongest impacts if DACA is repealed and such a high number of young students and workers are forced to return to a homeland many don’t even remember.

In July, Attorney General Becerra led 20 attorneys general in sending a letter to President Trump urging him to maintain and defend DACA. In the letter, the attorneys general explain how DACA has benefited their states and the nation as a whole and call on Trump to fulfill his public commitment to Dreamers, whom he called “incredible kids” who should be treated “with heart.”

A copy of the lawsuit can be viewed here:  https://oag.ca.gov/system/files/attachments/press_releases/DACA%20Lawsuit.pdf

thanks for the personal attack liz

you have failed math , not I

You on the other hand...looks like you failed all your elementary school spelling and capitalization tests too...

Our new, appointed, Attorney General is just as worthless as the one he replaced. Does he have any idea what the "citizens" of California need from their top law enforcement official? Apparently not. I did a pole and no one I know gives a fig about the DACA issue. It's a Federal problem. States do not make immigration law. In the meanwhile gangs rule the streets in our major cities. Local jails are full to the brim with inmates let out of State prisons by Governor semi high speed rail. Criminals released to the street are raising the crime rate, and yet our Attorney General has the time and funds to file a lawsuit to protect people who entered our country illegally. I hope all you alt-left bleeding hearts are ready to open your wallets to pay for this as I am not!