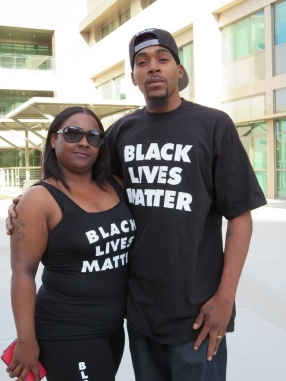 March 30, 2022 (Sacramento) - After more than six hours of debate Tuesday, California’s reparations task force voted that only Black Californians who can prove a direct lineage to enslaved ancestors will be eligible for the statewide — and first-in-the nation — initiative to address the harms and enduring legacy of slavery.

The nine-member task force voted 5-4 in favor of defining eligibility for reparations based on lineage “determined by an individual being an African American descendant of a chattel enslaved person or the descendant of a free Black person living in the US prior to the end of the 19th century,” the motion read.

An earlier amendment to the motion pushed for a broader definition of eligibility that would have included all 2.6 million African Americans in California, with “special consideration” for those with direct lineage to enslaved persons. That amendment failed.
Two years ago, Gov. Gavin Newsom signed legislation giving “special consideration” to Black Americans who are direct descendants to enslaved people. Authored by former Assemblymember Shirley Weber, now the California secretary of state, the bill also established a two-year reparations task force to study and develop a plan on what reparations may look like.
The task force is expected to release a reparations proposal in June 2023 with recommendations for the Legislature.
While the scope of reparations will be determined in the coming months, many task force members said they expect cash payments to be one part of the proposal as well as a formal apology. The task force said this eligibility determination will help economists tasked with quantifying the amount of reparations owed.
This vote establishes that going forward, only those Black Californians who are able to trace their lineage back to enslaved ancestors will be eligible for the state’s reparations.
Other Black Californians — such as Black immigrants — will not be eligible.
Kamilah Moore, task force chairperson, said that not going with a lineage-based approach would “aggrieve the victims of slavery.”
Others, like Los Angeles-based civil rights lawyer Lisa Holder, argued against a strict lineage approach. “We must make sure we include present day and future harms,” Holder said. “The system that folks are advocating for here, where we splice things up, where only one small slice benefits, will not abate the harms of racism.”
Cheryl Grills, a committee member and a clinical psychologist at Loyola Marymount University, also said a lineage-based approach would be “divisive” and “another win for white supremacy.”
Don Tamaki, the only non-Black member of the Reparations Task Force, said that during the Japanese American Redress Movement – which sought reparations and an apology for Japanese internment during World War II – organizers faced similar questions about determining eligibility.
“It’s rough justice,” Tamaki said. “We had to exclude groups too within our community … practical and very difficult decisions were made.”
Today’s decision will mean that a fraction of the state’s 2.6 million Black residents — who make up 6.5% of the population — will benefit from reparations. While Black people are a minority in the state, they are overrepresented in the state’s carceral system, with Black men making up 28.5% of the state’s prison population, and nearly 40% of the state’s unhoused population.
Excluded will be Black immigrants in California — many of whom come from East and West Africa and the Caribbean and make up roughly 178,000 people, according to 2014 data from the Black Alliance for Just Immigration.
Tuesday’s task force also heard from 10 genealogists about why a lineage-based model is significant and how individuals might go about establishing their relationship with enslaved ancestors.
Evelyn McDowell, the chairperson of the Sons & Daughters of the United States Middle Passage, said that it is “absolutely possible” for Black Californians to trace their lineage by determining the birth year of a great or great-great grandparent in the South — and that would likely be sufficient evidence for eligibility.
Other genealogists, such as Hollis Gentry, also support a lineage-based approach, but Gentry cautions that this process will be time consuming and costly and suggests enlisting public, state, and private libraries for assistance.
Jessica Aiwuyor, the founder of the National Black Cultural Information Trust, also warns against methods of establishing lineage that are “invasive,” such as DNA testing and worries that those with limited access to technology and those with disabilities may have trouble participating.
Last month Erwin Chemerinsky, the dean of UC Berkeley’s law school, testified that establishing lineage in a “race-neutral fashion” is less likely to be struck down by the courts. Many people that called in for public comment, who identified themselves as direct descendants of chattel slavery, also supported this approach.
Over the last 10 months, the task force has discussed how the legacy of Jim Crow laws, redlining and housing discrimination, police brutality, environmental racism, and many other factors have led to systemic discrimination towards Black people in California.
Though California joined the Union as a “free state” under the Compromise of 1850, the state’s fugitive slave law allowed enslaved people to remain under bondage as long as they were later deported to the South.