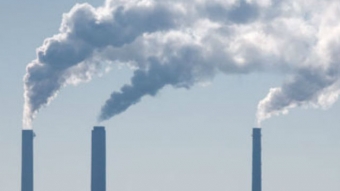 “California will resist this misguided and insane course of action. Trump is AWOL but California is on the field, ready for battle.”

Calling the Paris accord “a bad deal for Americans,” Trump set in motion a withdrawal by 2020 unless the agreement can be renegotiated. The United States will join Syria and Nicaragua as the only nations not participating in the agreement.

“We don’t want other countries and other leaders to laugh at us anymore,” said Trump in announcing his decision.

Brown has pointed out that California’s giant economy — sixth largest in the world if it were a separate country — will allow it to have an impact separate from the rest of the United States in fighting climate change.

The Golden State’s ambitious climate action program includes joining the Under2 Coalition, an international pact among cities, states and countries to limit the increase in global average temperature to below 2 degrees Celsius.

Within hours of Trump’s announcement, California joined the states of New York and Washington in forming the United States Climate Alliance, a coalition that will convene U.S. states committed to upholding the Paris Climate Agreement and taking aggressive action on climate change.

At the local level, the mayors of 14 California cities — including San Diego, Los Angeles, San Francisco and San Jose — announced their commitment to the Paris agreement’s goals.

“We owe it to our children and our grandchildren to leave them with a planet that is clean and habitable,” said Peters. “America should lead these efforts, not leave this efforts.”

He said China will be the ultimate beneficiary of America’s withdrawal. “China’s not fooled. They’re closing coal plants and investing in clean energy,” he said.

Gov Brown. The same who FORCED a High Voltage line full of coal fired electricity from Arizona through our rural east county and filled McCain Valley and the desert with windmills that don't produce enough electricity to pay for themselves. Like I am going to believe any of his stories. The Press needs to grow up and print news and leave the religion stories to the church section.