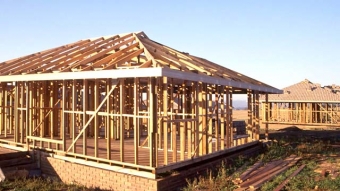 Those were just some of the reactions as the year’s most controversial state housing bill met its sudden demise. But very few people—supporters, opponents, and even the author himself—can claim to have seen this coming.

In a procedural vote this morning, Senate Bill 50, which would have prohibited many cities from banning four-to-five-story apartment buildings around public transit and effectively ended local zoning rules exclusively reserved for single-family homes, failed to advance out of a key state Senate committee.

Its fate dealt an unexpected setback to pro-development forces in the state Capitol and a major victory for defenders of local control over housing decisions. It also throws an obstacle into Gov. Gavin Newsom’s path as he tries to goad the state into building a lot more housing.

While it’s theoretically conceivable that the bill could be resuscitated this year, odds are the earliest it will be reconsidered is January 2020.

“Even though this is an intensely controversial bill, we were in a good place and thought we had the votes on the Senate floor,” said author Sen. Scott Wiener, a San Francisco Democrat. “It was surprising to me when I learned that the bill was going to be converted into a two-year bill.”

Urbanist “Yes In MY Backyard” (YIMBY) groups, developers and other supporters are mourning the bill’s postponement as yet another roadblock to building the new housing the state so desperately needs, while representatives for many cities and some tenants-rights and slow- growth groups cheered the outcome.

“We were told from the beginning that the bill was green lit and was going through no matter what,” said Jill Stewart of the Coalition to Preserve LA, one of the bill’s most vociferous opponents. “The wheels of democracy do start turning when something wrong is happening—and in this case something very wrong was happening.”

What to make of all of this? Here are some key takeaways:

Wiener had an impressive, potent coalition behind him. Once again, it wasn’t big enough.

No this isn’t exactly déjà vu. Last year, Wiener introduced a similar bill that attempted to take away the power of cities to limit what types of housing can be built within a half-mile of public transit.

Despite receiving a good deal of national publicity, that bill failed with a resounding thud in its first committee vote.

This time around, Wiener built a much broader coalition. Among its supporters: not only developers and Realtors, but construction labor unions, senior citizens and mayors of many major cities, including San Francisco, San Jose and Sacramento. Many anti-gentrification groups that opposed last year’s legislation were satisfied with tenant protections in this year’s version and remained neutral. The New York Times and Los Angeles Times’ editorial boards endorsed the bill.

The new coalition was instrumental in getting the bill through two earlier committee votes, and gave proponents confidence that the legislation could be shepherded through the state Senate without significantly more pushback.

But supporters didn’t count on Sen. Anthony Portantino, a Democrat from the La Cañada Flintridge area and the chair of the powerful Senate Appropriations Committee. Portantino’s district includes Pasadena, whose city representatives were some of the bill’s most vocal opponents.

“My preference has always fallen on the side of incentives for local governments to accomplish goals,” Portantino said in a statement, expressing concerns about the bill’s “unintended consequences,” including gentrification and discouraging public transit expansion.

The bill was among those Portantino’s committee suffocated as it sifted through its biannual suspense file—a rapid-fire approach to legislation that allows lawmakers to quickly pass favored bills while quietly dispatching others, either by holding them in committee or redesignating them “two-year bills,” effectively killing them for a year.

“To have a meaningful housing package that actually does something,” said Wiener, “it has to have a strong production component, a strong tenant protection component, and a strong affordable housing funding component. The beauty of a package is that everyone comes together…and everyone swallows some measures they do not love.”

With the premature demise of the signature “strong production” bill of the year, the coalition that backed the bill may have a harder time sticking together in support of the tenant protection bills that remain.

“I hope and believe that all stakeholders know how important it is for us to keep pushing on critical solutions to the crisis,” Chiu said, adding that he was “surprised” and “very disappointed that the SB50 conversation will not be continuing this year.”

“I don’t know how excited the business community is to get on board with something that doesn’t include production of new housing,” said Matt Lewis, spokesman for California YIMBY, one of the bill’s cosponsors. “So if there isn’t another (bill) for production, does this mean that the governor’s housing agenda is D.O.A.?”

Newsom never explicitly supported the bill, although he regularly expressed interest in the idea while on the campaign trail. He has also vowed to see the state produce an addition 3.5 million new units by 2025—a goal that most experts say is infeasible, but would almost certainly require radical zoning reform to achieve.

In a statement, Newsom said he, too, was “disappointed” with the outcome and that “developing housing around transit must also be part of the solution, and Thursday’s developments can’t end or stall that critical conversation.”

Still, many of the bill’s backers expressed frustration that the governor and Senate leader Toni Atkins didn’t do more to help shepherd it through the legislative process.

“We’re past the idea of good intentions and wonderful rhetoric around this issue,” said Michael Lane, deputy director of Silicon Valley at Home, an affordable housing group. “We need real political will and that means intervention from leadership to really get this done. It’s not going to happen on its own.”

Wiener said that he had “absolutely no criticism of the governor’s office.”

Is this the end of the idea? No—but this year, the fight looks over.

Is it possible that Wiener’s bill could come back from the dead? Crazier things have happened.

California YIMBY asked supporters to call Sen. Atkins and ask her to “do everything in her power” to bring the bill back. “She has the ability to go to the Rules Committee, pull the bill out of Appropriations and send it to the floor,” said Lewis. “It’s her Senate.”

“There are potential opportunities if there are dynamic shifts for the bill to move this year,” he said.

But in a statement released the day after the bill was put on pause, Atkins threw cold water on hope for a hail-mary revival.

“I will not circumvent the decision  made by the Appropriations Committee Chair on SB 50,” Atkins said in the statement.

“Short of significantly amending the bill and limiting its applications in large swaths of the state, there was no path to move forward this year.”

Whenever it resurfaces, opponents of the idea say they are ready for that battle.

“I give credit to Senator Wiener for venturing into this very thorny area,” said Michael Weinsten, the president of the AIDS Healthcare Foundation who earlier this year funded an ad campaign comparing the bill to “Negro removal.”

But, he added: “I don’t think the third time will be the charm.”

The average rent amounts I quoted, reflect El Cajon & some of east county. The city of San Diego and other areas, particularly beach communities, are much higher!
Apartment rents go up at least once a year in El Cajon (and other cities). Average price for a 1 bedroom is around $1,300 a month, 2 bedrooms around $1,600 a month. Most owners raise their rents $50 to $100 per year. This can be very challenging for everyone, especially those who are living on a fixed income (typical income for many of these folks - $1,200 a month, some people receive less than $1,000 a month) in particular - seniors. The data collected reflects rising rents, even costs to pay the expenses for homeowners, to be a major contributing factor causing some of the homeless issues in recent years. Obviously a senior citizen being homeless is particularly vulnerable to ill health issues and becoming a target for criminals. As inflation grows, so will these glaring issues, along with so much more.
The baby boom and gen x folks in power in Sacramento really have one prevailing issue that both parties agree upon: Let us keep all of the wealth and opportunity for our generations while we mortgage our children's future. It is shameful. Boomers especially should remember who it is they are counting on to care for their bodies in the nursing home someday.
I would guess a silent majority of Californians cringe at the overloaded streets, freeways, cities and continual over population of our State. Somehow "us" silent Californians must become visible and vocal against the continued "growth" and expansion from money and power. These "Representatives" openly expose their bias in the pocket politics that confirms all of this. More push back against immigration, against housing to accommodate them and preservation of what is left of this State. Most importantly, they need to be put in their place by "us"!
Landlords keep raising rents. Supply and demand. "The truth is out there"
We haven't increased rent in our City of San Diego properties in over 10 years. The truth will set you free!