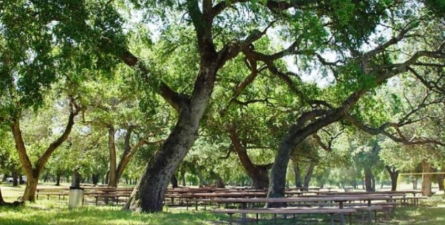 June 21, 2019 (Potrero) – A camper from Washington state staying at a San Diego County campground in Potrero after returning from Mexico died yesterday after being run over by a runaway vehicle.

The man, 71, had been driving a motor home towing a Smart car.  With the motor home parked, he failed to put the emergency brake on the Smart car. When he released the hitch, the smart car rolled backwards. The man ran toward the rear of the vehicle to try and stop its movement, but the vehicle rolled on top of him, pinning him underneath.

Good Samaritans at the scene tried unsuccessful to lift the vehicle off the victim while awaiting the arrival of CalFire, paramedics and California Highway Patrol.

Firefighters were able to lift the vehicle off the man using hydraulic jacks, but lifesaving efforts by CalFire and paramedics were unsuccessful and the man was pronounced dead at the scene.

His name will be released by the County Medical Examiner after family notification, says Officer Jeff Christy with the CHP.  There was no indication of alcohol or drug impairment, he adds.