June 21, 2022 (Campo) – Campo, an unincorporated community in the Mountain Empire area of southeastern San Diego County, is striving to keep its Wild West heritage alive. The town has a rich history that includes railway lore, cowboys, a former cavalry fort, and a notorious gunfight. Earlier this month, the community revived its signature annual event.

“Campo Days, we haven’t done it in probably 20 years. said Brian Elmore, who sits on the board of the nonprofit Motor Transport Museum, where you can see antique and vintage vehicles as well as quarry mining equipment, rain makers and more. This year, Elmore said of the event, “It probably involves all of the museums.”

In an interview with East County Magazine, Ray Fleury, the events coordinator for Camp Lockett Equestrian and Event Facility, explained that Camp Lockett was formerly a military base and the last home of the Buffalo Soldiers, an all-Black United States cavalry brigade. You can view a museum dedicated to the history of the Buffalo Soldiers upstairs at the Campo Stone Store Museum. 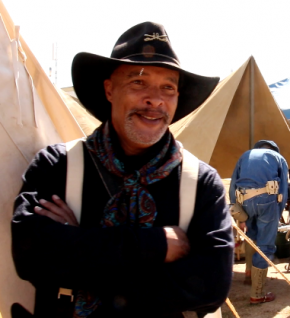 In an interview with East County Magazine, Trooper Jay Collins with the Buffalo Soldier Mountain cavalry told us that the history of the Buffalo Soldiers began in 1866 and was the first time a black man after the end of slavery had any kind of authority. Many of the soldiers were earning $13 a month, learned to ride a horse, were fed and taken care of which was huge in that era, especially for some who were former slaves. 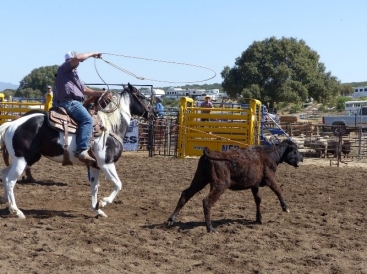 Camp Lockett also holds an annual fundraiser called ROUNDUP, held the first Saturday of every May, in which all of the proceeds from the day go back into the community and even high school financial scholarships.

Fleury told us that throughout the year, Camp Lockett offers organized trail rides, gymkhanas which are games on horseback, and a variety of outdoor events. Ray wants everyone to familiarize themselves with the county’s Camp Lockett Masterplan. According to the planning and development service, “the approved Master Plan allows civic, cultural, visitor, and community-oriented uses on the Camp Lockett property, and also includes design guidelines to ensure that future development maintains high-quality architecture that embraces and complements Camp Lockett's cultural and historical context.” 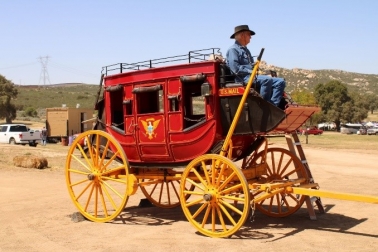 In an interview with East County Magazine, Larry Johnson, the President of the Mountain Empire Historical Society and the Gaskill Brothers Stone Store and Museum was at Campo Day, where the nonprofit offered 15-minute stagecoach rides for the fundraiser. The stagecoach mimicked ones that were typical of the Wells Fargo stagecoach back in 1858, and had two draft Belgian horses pulling it.

Campo was also the scene of a historic gunfight that lasted longer and killed more people than the infamous O.K. Corral shootout in Tombstone, Arizona. 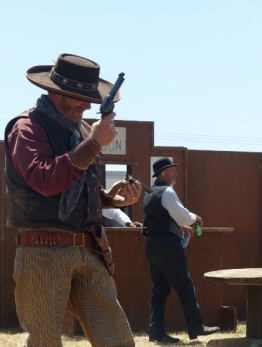 Johnson shared some history of the Gaskill Brothers who originally came from Steuben County, Indiana. They were known as hard workers and opened a store, mill and other businesses to serve the needs of the new and growing population. When banditos came to rob the town and shot one of the Gaskill brothers in the store, an alarm rallied the townspeople to defend their community.

According to The Mountain Empire Historical Society, “On Dec. 4, 1875 at about 10 a.m. an incident occurred that would go down in history as the second bloodiest civilian gun battle in the history of the American West. It culminated three days later with the removal of two captured border bandits from the sheriff's jail on a Saturday night and their bodies were later found hanging from opposite ends of a single rope stretched over the limb of a nearby oak tree.” Details of the incident may be explored at the Museum.  In a nod to this heritage, mock gunfights and Western skits entertain visitors at Campo Day.

Martin Caestecker has been with the Pacific Southwest Railway Museum since 2013 as the secretary of the board. In an interview with ECM, he said he does a lot of work fixing the trains as well as helping to drive them and give tours. The railway museum has been in existence since the mid-1950s. It started off preserving the railway's history and made the move to Campo in the early 1980s. 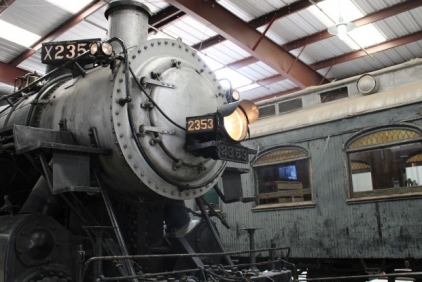 Now the museum has a regular excursion train that runs every Saturday and Sunday from 9 a.m. to 5 p.m. giving rides, and in the summer, there are sunset train rides as well. Caestecker told us that they even celebrate the holidays with an Easter bunny visiting the trains in April, two haunted trains in October, and in December they even have a train dedicated to the North Pole complete with everything from hot chocolate to Santa. The museum is run entirely by volunteers who want to preserve the railway's history.

Just an hour drive east of San Diego, Campo has a lot to offer visitors, with something for everyone of every age to enjoy.