Photos and video by Jake Rose

December 2, 2020 (La Mesa)—La Mesa Police announce the arrest of Daniel Sandoval, 43, of Campo.  He is charged with arson and felony vandalism of the historic Randall Lamb building, which was set on fire during a riot on May 30-31 in downtown La Mesa, says Lt. Greg Runge.

The building had been designated a historic structure by the La Mesa Historical Society. Due to the extensive damage, it was declared a total loss.

Sandoval was arrested near his home yesterday, according to a news release issued by LMPD. He has been booked into San Diego County Jail on the warrant with bail set at $500,000. 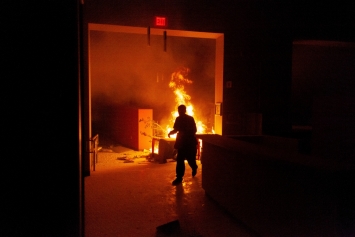 The Randall Lamb building was one of three buildings destroyed by fires during the riot. 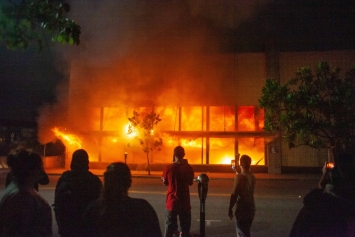 ns occurred after a day of earlier protests over racial justice. The protests were part of a national wave of actions following the death of George Floyd, a black man killed by a white Minneapolis police officer who knelt on his neck. That officer has been charged with murder. La Mesa Police were targeted by protesters over a controversial arrest caught on video at a trolley stop locally that was widely viewed as racial profiling. That officer left the LMPD force shortly after the incident.

The protests began peacefully but later the night erupted into civil unrest after dark, following a tense standoff at the police station.  Looting, vandalism and arson occurred including burning of vehicles and spot fires elsewhere in downtown La Mesa in addition to the three buildings destroyed. Fires were set inside city hall, at the Vons in the La Mesa Springs shopping center, and in trash cans in the historic downtown district.

The fires struck terror into the hearts of many La Mesans, as the fires threatened other buildings occupied by local businesses nearby in the historic district and nervous homeowners watched from nearby neighborhoods. Civil unrest and inability of police to protect firefighters prevented crews from fighting the fires other than having firetrucks drive past to spray water from outside.

La Mesa Police Chief Walt Vasquez announced his retirement soon after those events. The city has hired a firm to conduct a national search for a new police chief.

The Randall Lamb architectural firm remains in business with an office in San Francisco and a La Mesa post office box listed as addresses on their website. The firm has declined all interviews on the destruction of its La Mesa office or its future plans,but the firm did donate to help other La Mesa businesses damaged during the riot. 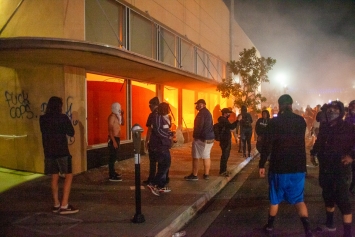 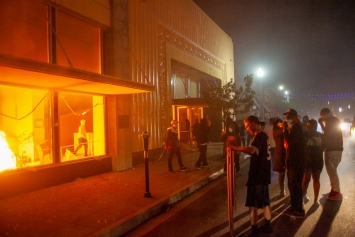 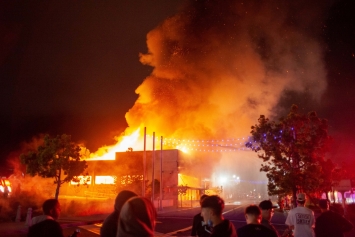 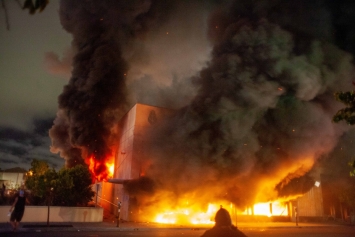 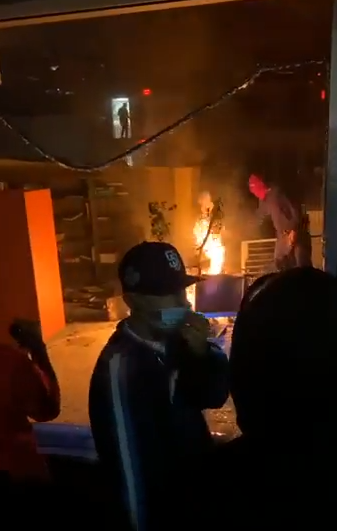 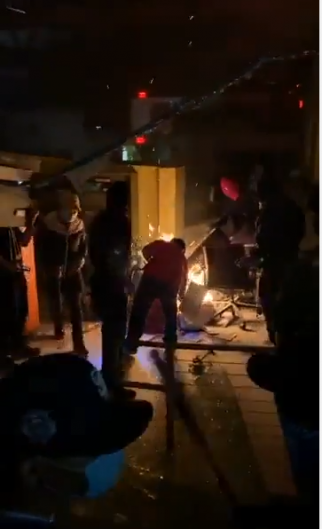 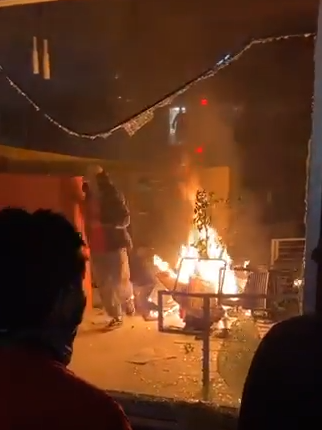