Photo:  Black lung disease, a condition caused by coal mining, was the topic of a radio ad by Public Citizen that promoted Murray Energy to sue, claiming rights until now reserved for people 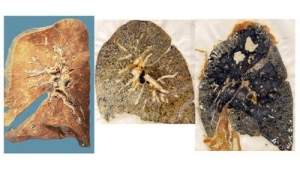 Murray Energy, a major coal mining corporation is now claiming that Citizens United — the U.S. Supreme Court ruling that has allowed unlimited election spending by billionaires and big business, may also give corporations privacy rights previously belonging only to people.

After Public Citizen filed a motion seeking to dismiss the lawsuit, the company argued that the ads“invaded its privacy” and caused it “mental anguish and emotional distress.”

Remember, Murray Energy is a company,” Weissman states in a letter sent to supporters seeking donations to fund fighting back against Murray’s lawsuit. “But in this post-Citizens United, “corporations are people” world, companies claim to have human privacy that can be invaded and human feelings that can be hurt…As if invoking Citizens United to claim a right intended for living, breathing human beings isn’t radical enough, Murray Energy goes even further, suggesting that it is willing to make this lawsuit about the truth of climate science itself.”

He adds, “It could be the Scopes Monkey Trial all over again.”

A hearing in the case is scheduled for December 9.