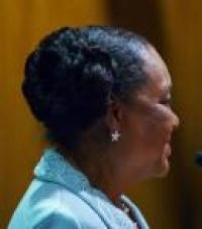 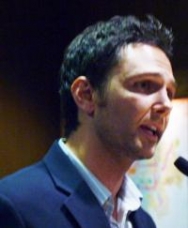 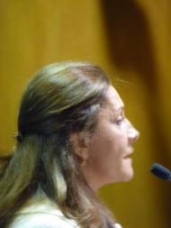 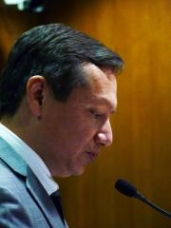 December 12, 2013 (El Cajon) – Twenty-seven El Cajon residents have applied to fill an open seat on the El Cajon City Council.  This past Tuesday night, Council members interviewed half of the applicants during the Council meeting.  The rest will be interviewed next Tuesday at 6 p.m.

During public comments, several community members also  weighed in with their views.

Mark Arabo, head of the Neighborhood Markets Association, said being American is what unites all residents of El Cajon, then called for a change in the election process to provide district elections to assure representation of minorities.

Kathleen Harmon called for a special election to fill the seat, but also urged Council to keep the city’s diverse population in mind if they choose appointment.  She backed Vickie Butcher, an African-American woman  with a law degree who previously served on the city’s Planning Commission.

Frank Tsimboukakis, president of the East County Democratic Club, criticized the Council for past appointments tied to political and religious affiliations.

Andrew Johnson, a teacher who has worked on political campaigns, spoke on behalf of Humberto Cabrera, praising the”Reagan Republican” candidate for his service to the community.

After public comments, Mayor Bill Wells explained the process for interviewing applicants for the council vacancy.   Candidates were interviewed in alphabetical order, and each candidate fielded questions from council members.

In the past, vacancies have traditionally been filled by members of the Planning Commission.  Three applicants have that experience: current Commissioners Instar Bales and Darrin Mroz, as well as former Commissioner Butcher.

Bales,  a Chaldean, served as an interpreter  in Iraq before coming to America.  She said that the most important quality  in a leader is kindness, because “when you are kind, you conquer the world.”  Bales also spoke of making the difficult decision on the planning commission to support the city’s new alcohol ordinance, a decision that was unpopular with friends who own stores that were impacted.   She said she supports the ordinance 100%, adding, “If we don’t have safety, if we don’t have security, we’ve got nothing.”

Rodney Bohling , a veteran, has worked at local colleges and as a nurse. He said he wants to bring stability, honesty, hard work and an open mind to the job. He said he is passionate about health and wants to see a hospital come to El Cajon again.   He also wants to  find help for the homeless and create activities for kids, such as a waterpark and skatepark, in the city.

Vickie Butcher centered her candidacy around the need for unity, citing the late South African leader Nelson Mandela. She pledged to “explore what other cities have done.”  She noted that she grew up in a family that owned a grocery store;  more recently she and her physician husband are known as the “East County Cosbys,” she stated.

Humbert Cabrera said he’s been involved in community groups from Rotary to the Salvation Army. He aims to create “less regulation” as well as a “better airport” and unite the community.  To demonstrate need for his first point, he held up an old manual of building regulations, then piled up several volumes to show the combined state and local building codes today.  He wants to bring more businesses to El Cajon and talk to “wealthy people” in surrounding areas to find out how to get them to shop in El Cajon.

Fisnik Demaj, a Yugoslav immigrant who works in probation, said he wants to see more efforts made to educate young people and keep them out of the juvenile justice system.  “There is a better way than just locking up so many kids,” he said.  He also wants more outreach to homeless to help get homeless people off the street.

Paul Dosik, a retired dentist, said the role of government is to do things that business can’t do.  He wants to improve El Cajon’s image and revitalize downtown El Cajon.

Michael Griffiths, who works for the City Public Works Department, called for bringing together leaders of each community in the city to identify and solve problems.  He has support from some key Chaldean church members.

Stephanie Harper told Council members that she knows what it’s like to be down and out, and the hopelessness of standing in a welfare line.  She vowed to be an advocate for the underdog and for children.

Ben Kalasho, president of the new San Diego East County Chaldean-American Chamber of Commerce, is among those seeking the appointment.  He called for “bridging the gaps” between the Council and the city’s minority communities, as well as the need to improve public safety.

John "Stan" Landess, whose career is in real estate, called for a task force to be formed on making El Cajon a diverse and cohesive city. “You have tremendous resources,” he said, noting that there are 27 candidates and only one job.

Kimberly Lobera, a Navy veteran who works with international students says she is “attuned” to their needs. Her background includes medical and education fields.  She said she is a strong advocate for finding help for the homeless, particularly families on the streets.

Darrin Mroz, a planning commissioner, also served on a Blue Ribbon Commission investigating an audit for the CDC. He said this saved taxpayers a half million dollars.  He also chaired the Charter City initiative committee. “I’m a tax fighter at the end of the day,” he said.

Each council member asked questions of every candidate present.

Councilman Bob McClellan asked each candidate  whether they would support reopening the East County Performing Arts Center and whether they support the city’s recently passed deemed approved alcohol ordinance.

All  voiced support to reopen ECPAC, though Mroz would do so only if private partnerships could be found.  “It’s important there not be an open checkbook with the city,” he said, to which McClellan added, “Exactly.”

Others voiced stronger support. “The arts move the spirit,” said Bales, noting that famous artists such as Olaf Wieghorst and Jack Jordan have called East County home.  “If we work on it, we can be known all over the world for producing artists.”

All voiced support for keeping alcohol out of the hands of children, though some stopped short of full support for the deemed-approve ordinance.  “I  think that there is a communication issue and there are economic concerns,” said Butcher, who called for more efforts to bring all sides together on the issue.

Kalasho for the first time took a public stance on the controversial issue.  “I do support the deemed approve ordinance,” he said.

Councilman Kendrick asked several candidates whether they would accept campaign contributions in the future from the alcohol industry or Neighborhood Market Association, which represents many stores selling alcohol.

Most candidates said they would refuse such contributions.

That includes Ben Kalasho, who has clashed with Arabo, head of the Neighborhood Markets Association, on this issue.  “I would not,” said Kalasho when asked if he would accept money from the alcohol industry, “because I live here. To some this might be just business,” he said, adding that he’s seen alcohol bottles littering parks where he walks with his family, “ but for those living here, we have more of a stake.”

Butcher, the first candidate asked  if she would accept donations from the alcohol industry , has previously served as Executive Director of  an alcohol and Drug Abuse Prevention Task Force.  “It would sadden me to think this appointment turned on this because I spent much of my life on that issue….This is not a fair question,” she said, noting that she was seeking an appointment, not running in an election.  She said  the city shouldn’t engage in “war” with merchants and needs to bring both sides together.

Theodore Kagan told the Council, “I think I would accept their funding”.  Kagan added that he is a former member of Mothers Against Drunk Driving and has lost friends killed by drunk drivers,  but would want to “analyze what liquor stores are doing wrong and make it right.”

Ambrose asked Harper if she was aware of any significant issues not in the headlines.  "We have a generation growing up bored," she repied.  "This is where gangs start...We need to take hold of our children and make them our future."

Ambrose asked some candidates what they are passionate about or what causes they would champion if appointed.

"One of my passions is transportation," said Kagan, who wants to make El Cajon a more walkable community.

He also asked some candidates how they would make a "bridge wider" to immigrant and minority communities.  "Bring leaders together and begin to collaborate strategically...bring in city staff too. We need some new ideas," Griffiths replied.

Wells asked Kalasho if he believes the minimum wage should be raised, noting that this issue is being debated in the San Diego mayoral race. Kalasho said he favors a modest but gradual rise to avoid negative impacts on businesses, but noted, "El Cajon is the city with the highest poverty rate."

The newly appointed Mayor also asked several applicants what they believe the role of city government should be--and got a variety of answers.

"Stay involved with people and bring people together," said Lobera.

Mroz responded, "To protect and serve."  Police and fire should be priorities, he said, adding that fostering growth should also be a role of local government.

After the marathon four hour session, Mayor Wells said of the process, “Democracy at times can be messy and long and tiring—but it’s worth it.”

After  the remaining candidates are interviewed next Tuesday, C ouncil members will discuss the applicants and may make an appointment. If Council members don’t agree on who to appoint, or choose to instead let voters decide, then a special election would be called next year.  Given the large number of applicants and high cost of a special election, however, an appointment is the most likely option.