March 30, 2016 (Ramona) - Capability Ranch: Special Needs Activities and Events Center for Youth and Young Adults located in Ramona has been open for over a year. Nicola Bridges, founder of the ranch, and her husband, Tony Oxley, have been operating this ranch along with volunteers who teach activities. The ranch is geared towards young people who are 16-27 years of age, with the average being 21 years. ECM participated in an exclusive interview with Bridges.

She first gave some background about why she started the ranch. “I was in corporate America  (Executive Vice President for a big firm). On March 27, 2013, we got a call in the middle of the night saying my son Jack was in trauma ER and he had a serious brain injury (with 10% chance of survival)… He had a miraculous rare remarkable recovery.” Pretty soon he was walking and talking, and he was back in school at the end of 2013. “His younger brother Owen is autistic and non-verbal…I’ve always wanted to do something in the autistic community…we were in Rancho Penasquitos when we got the call.” Bridges had to fly to the East Coast for 3 months. 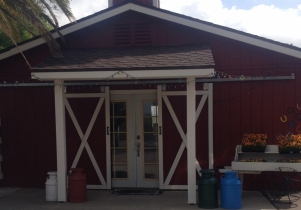 “I quit my job…we really fell in love with Ramona...we found this ranch. We decided to open up Capability Ranch…we came up with the name for 2 reasons: 1) We thought capability was a great name (Disabled kids have talent.) 2) We’re British. In England in the 1800s, there was a landscape architect called Capability Brown doing landscape gardens… We wanted to create an activity center to help the ‘special needs tribe’ shine for youth and young adults.” They already learn about life skills like cooking, shopping, and workability programs. In fact, Owen has been working at Walgreens, stocking shelves 2 days a week for 1 ½ hours. “From 18 years to 22 years, the fun stops.” At that age, kids don’t really get to experiment with crafts, painting, or fitness. “Throughout 2014, [Jack] had break through seizures. On November 6, 2014, we were flying out to Maryland. His fraternity held an annual fundraiser gala on Friday the 7th” that would raise money for the ranch.” Then Bridges got word that Jack passed away from a seizure in his sleep that night. “We were about to open Capability Ranch that November”, but Bridges became depressed. Instead, they opened the ranch in January 2015. “That focus kept me going…We just celebrated one year on January 14.” On the ranch, as part of their nonprofit, they have 2 horses that were donated, 4 rabbits, and 3 hens all in one coop. 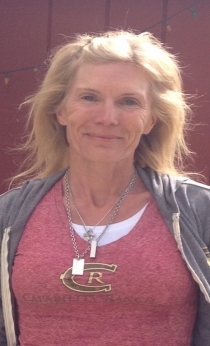 ECM wanted to know how Bridges selects the activities. She replied, “My goal with the calendar is that it’s fun and creative.” They do activities on Wednesdays and Saturdays from 2:30 to about 4:30. “It’s all volunteers who lead the activities.” Activities include crafts, art, painting, Western line dancing, and fitness fun, which is the most popular. “Coach Marty (Heilman) leads it and creates an adventure course. They don’t realize they’re working out” with activities like tug of war, balance on slackline suspended between two trees, and climbing over hay bales. “We’ve just introduced Zumba, which the kids love…we’re trying new things this year.” Events include an exotic animal show from Kruisin’ Kritters with snakes, lizards, dragons, and tarantulas. “Kids are allowed to touch (the animals) if they want to.” They had Easter baking on Wednesday March 23. On Saturday March 26, there was Easter arts and crafts. They’ve also gone orange picking and to the rodeo. “We fund through non-profit funds.” They’ve even gone to the Oasis Camel Dairy, rode camels and fed them watermelon.” They’ve even painted bird houses. “We try and theme activities for the season. Right now, it’s Easter stuff. Last month, it was get ready for spring.” They planted tomatoes, sunflowers, strawberries, and herbs in planters. The kids even got a chance to feed carrots to the horses on the ranch. Her mother has told her, “Your kids that come are doing things that typical kids never get to do.” 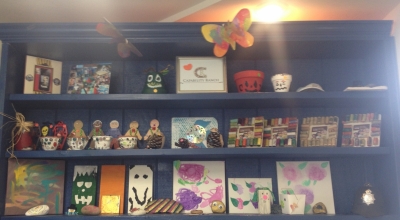 Bridges then shared some success stories. “Some of our kids have mobility issues, like trouble walking. [But] everyone did the camel ride.” It’s also been great “seeing relationships develop between the group, and between parents and caregivers. We’re not a drop off center. There has to be a parent or respite caregiver. Parents can be pretty isolated” because they are always taking the kids somewhere without focusing on themselves. “It’s been really special to me to see relationships develop. I like to think we’re all one big family, one big Capability Ranch family… Outside of Wednesdays and Saturdays, we’ve hosted some classes” like a transition  class at Ramona High. “I want to be able to host groups that can’t come on a Wednesday or Saturday”, which they have successfully started doing. 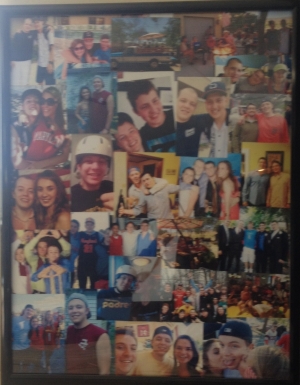 Asked about the process of opening up the ranch, she explained, “Just registering as a nonprofit was quite a process itself… We moved in June 2014 (when Jack was still alive). When we moved here, the ranch was in pretty bad shape.” It used to be a wildlife research institute where every room had an office. They first needed to get the house in shape to make it look like a house. Then there were metal fences and bison roaming around. Her husband Oxley did the fencing. “We have this barn with indoor activities. It was really just a blank room... We put in benches, shelved, a disabled rest room, and sinks. We put in a stove and oven for baking… A lot of people donate art (and craft) supplies. We spend a a lot of time at the 99 cents store in Ramona… We rely on donations no matter how small. My philosophy is ‘Every one dollar keeps the dream alive.’ The first week, we got a $5 check from an elderly gentleman in Pennsylvania.” He read the article in Parade Magazine and felt led to give, even though he didn’t have or know anyone that was autistic or disabled. That touched Bridges. The barn is called Jack Shack Activity Barn.

She also gave some insight about the turnout of kids and the impact the ranch has been making. “Currently, we probably have a list of about 30 kids…out of the 30, it depends on the activity. The biggest group is for fitness fun” which has attracted 17-18 kids and parents/caregivers. “If we get four people who are coming, we go ahead with the activity. Typically if there’s less than 4, we cancel…we want to expand our outreach...to get more people to come. We have one girl from Temecula. We want people in all of East County. One guy and his mom commute from Escondido. We like to get more people from El Cajon, Lakeside, and Santee. The regulars come from Poway and Rancho Bernardo. A lot of parents [are cautious and] hold our kids back” But then the kids end up liking the activity, and it’s bringing out more talent and creativity. The kids currently made body scrubs, and they’ll have a farmers market stand to sell what the kids made from the selling shelf.

When asked about how the ranch fundraises, Bridges said, “We have a donation button on the website…last summer, we held a giant yard sale,” where nearly $2000 was raised. They’ve fundraised with Chuckalek Independent Brewers where the Sunnyside Strings band, who’s local, played bluegrass for free. The cost to get in the door was $10, and then there was a cost for the Mexican buffet to help with the cost of the food. Groups have knitted scarves and shawls as well as local artists donating artwork and beaded jewelry. We also have a partner nonprofit, Legend Animal Rescue” where they put on a joint pet adoption event. They also had a big Halloween bash fundraiser. There is more coming up, and the next one will probably be in May.

She also listed ideas of how the public can be involved. The public can get involved by donating and spreading the word. Statistics show that everyone knows at least someone with a developmental disability. “A lot of people want to volunteer. We’ve accepted a couple people who volunteer” with clean up.” There’s been school groups and officers who do community service that come out to the ranch. In May, Scout troops will come out from Scripps Ranch, volunteer their time, and get an award for their community service. People can also hold their own fundraiser. The Chicago Title Company in Escondido did an office food fundraiser. The office votes on the top three best foods. Anybody who eats that food has to give a donation. Those three people, who won for making the best foods, get prize money. They have all donated that money to the ranch. Even a couple of Jack’s friends have come up with their own fundraisers. One of them ran the Baltimore Marathon and asked people to sponsor him. Another one is working in New York, and he does a fundraiser every quarter. He has raised $1000.

When asked for any last thoughts, Bridges answered, “It changed our lives completely. When I sign an email, I always put “Best. Be well and lead the giving life.’ I really believe in paying it forward…doing Capability Ranch has exposed me to a lot of nonprofits in East County that don’t get a lot of attention. I’m really happy Capability Ranch is part of a giving community.”

For more information, go to: http://www.capabilityranch.org.