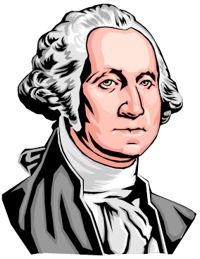 June 24, 2012 (San Diego) -- Ironically, the only president who didn’t live in Washington was Washington. During George Washington’s administration the nation's capital was situated in Philadelphia.
In 1788 Maryland and Virginia in 1789 donated a hundred square miles of land to the American government to be used for a capital city. George Washington chose the territory contributed by Maryland, and title to Virginia’s land was returned to that state. Before Washington, D.C., was established, the early congresses had met in Philadelphia, Lancaster, and York, Pennsylvania; Princeton and Trenton, New Jersey; Baltimore and Annapolis, Maryland; and New York City.
It was John Adams who first occupied what was then known as the President’s House, at 1600 Pennsylvania Avenue. The Adams family moved into their new home on November 1, 1800, while the paint was still drying. Adams occupied the President’s House for only four months, having lived most of his term in Philadelphia.
Capital Facts
San Diegans Richard Lederer and Caroline McCullagh are the proud parents of a bouncing baby book, American Trivia: What We All Should Know About U.S. History, Culture & Geography (Gibbs Smith Publisher, 2012). Over a span of a year, the co-authors will share with you their journey through American history. You can order inscribed and signed copies of the book by writing to richard.lederer@pobox.com.