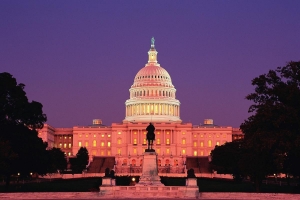 July 31, 2014 (Washington D.C.)--A new bill in Congress would legalize use of medical marijuana, but only those varieties with very low levels of THC, the psychoactive ingredient that makes users high.

The bill is called the Charlotte’s Web Medical Hemp Act of 2014, named after a Colorado girl, Charlotte Figi, who found relief from severe seizures by taking cannabis oil and has received widespread national media coverage.

The measure would exempt cannabis with less than 0.3% THC  from the Controlled Substances Act, the federal law that currently criminalizes all marijuana use.  The bill was introduced on July 28th and is currently awaiting action in committee.

If passed, the House measure authored by Representative Scott Perry would help patients with conditions that respond to the low-THC medical marijuana.  At present, parents with children suffering severe seizures have been forced to move to a different state to get treatment for their children with this condition.

The treatment can be life-saving and provide a higher quality of life as well, such as in the case of a young patient who suffered hundreds of epileptic seizures every day before getting the medication. Now she suffers only occasional seizures. She can walk and talk for the first time, and play like normal children, CNN has reported.

Some medical experts voice caution, noting that long-term side effects of medical marijuana on children are not yet known-- and that evidence of its effectiveness are largely anecdotal due to a lack of clinical trials, though a study is planned soon.

But the Epilepsy Foundation calls for a balanced decision about compassionate use, particularly for patients who have tried other medications and have no other alternatives.

Philip Gattone, president of the Epilepsy Fundation, says that access to a lifesaving treatment should not be determined or limited by zip code. He adds, “It is time for Congress to enact this sensible bill that could help save lives."

Congressman Perry, a Republican from Pennsylvania, says he remains opposed to recreational use of marijuana. But he says, ““As a father, I can’t imagine how helpless and crestfallen I’d feel to be essentially out of options, without any significant way to help my child; and these families live with this circumstance every single day.   Their heartbreaking situations compelled me to act at the federal level to enable their access to a supplement that literally has changed lives.”

Could there be a more moronic legislation that could be written? Don't have a problem with someone who is chronically ill but come on people are smoking pot for acne. Really? As to low THC levels? How dumb is that. How about we just let alcoholics drink beer only instead of hard alcohol. That way they won't drive drunk and kill someone.