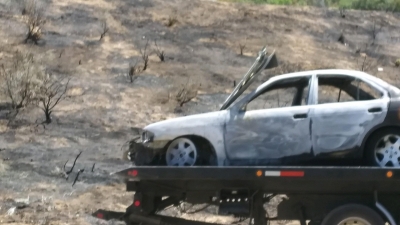 September 5, 2020 (San Diego’s East County) -- A car fire was reported at 10:55 a.m. this morning, Saturday Labor Day weekend 2020, between Pine Valley and Boulder Oaks (just west of the Campo turn-off from Interstate 8). Firefighters were on the scene when East County Wildfire and Emergency Alerts arrived an hour later. 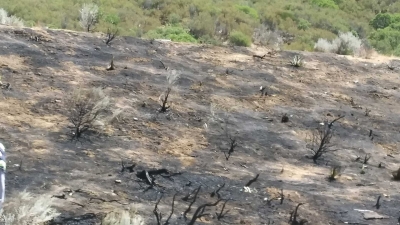 Approximately two dozen heroes, clad in gold jackets and blue jeans, appeared tired, but satisfied. How many lives had they saved in under an hour?

These firefighters stamped out the car fire, quickly and effectively, and early enough to avoid a major wildfire amid hot, windy weather, an excessive heat warning and a red flag alert for high fire danger slated to last through the holiday weekend Monday. 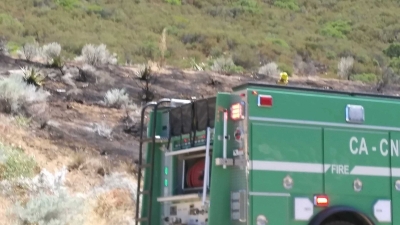 Californians have been asked by the state’s power grid operator to conserve energy this weekend, especially between the hours of 3 p.m. and 9 p.m.