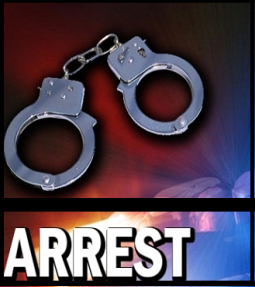 September 26, 2020 (Julian) – Ernest Bartocci, 45, was arrested last night after leading law enforcement officers on a high-speed chase followed by a foot pursuit through a residential area of Julian, where “assistance from residents played an essential role in locating Bartocci,” says Sergeant William Uelen with the San Diego Sheriff’s department.

Bartocci is accused of stealing a Honda Pilot in Borrego Springs near Palm Canyon Drive and Christmas Circle around 4:45 p.m.. A be-on-the-lookout alert was sent out to local law enforcement units.

California Fish & Game Officer Fleet spotted the vehicle and conducted a traffic stop near Banner Grade and Wynola Road, but when Bartocci was asked to exit the vehicle, he fled. Officer Fleet pursued him but lost Bartocci on Wynola Road “due to Bartocci’s wanton disregard for traffic laws and dangerous speeds,” Sgt. Uelen says.

Deputy Ballard later saw Bartocci in the stolen vehicle near Wynola Road and Highway 78, but he was forced to end his pursuit due to Bartocci’s dangerous actions, according to Sg. Uelen.

The suspect tried to hide the stolen vehicle behind buildings near the intersection of Pine Hills Road and Highway 78, where residents called 911 to report the suspicious activity, alerting deputies to his whereabouts.

Residents posted on Facebook to alert neighbors of the wanted suspect in their area. With help from residents, Deputy Jared Anderson found the stolen vehicle and observed Bartocci walking among houses, then pursued Bartocci on foot through the homes and into the nearby Coleman Creek bed.

Loralei Von Bretton told ECM that she was on the phone with a friend, who was home with three children, when the suspect reportedly tried to enter their home. “Deputy Anderson, rather than thinking of his own safety, pursued him on foot,” said Von Bretton, adding that the deputy told her friend’s husband to go back inside and protect his family.

“Deputy Anderson is a third-generation Julian Sheriff’s deputy We want to see him get recognition for his bravery,” Von Bretton added.

Although Deputy Anderson lost sight of Bartocci in the creek bed, deputies were able to set up a perimeter around the area and use a search dog to conduct a search until Bartocci was ultimately located walking along Pine Hills Road, where he was arrested, several hours after the incident began.

Neither Bartocci nor any deputies were injured.