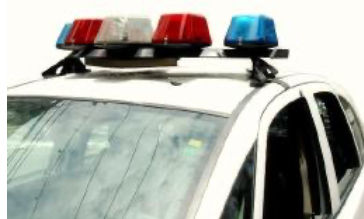 “After a preliminary investigation of the scene and interviewing witnesses, it appears a gray Nissan Altima was traveling eastbound from Pepper in the 1900 Block of E Main Street,” says Lt. Jason Taub with El Cajon Police. “The male was crossing the street, outside of a crosswalk when he was struck. It appears that the Nissan Altima was driving without headlights when the collision occurred. “

El Cajon Police officers and Heartland Fire Department paramedics responded to calls reporting the accident. The pedestrian was treated at the scene and transported to the hospital by medics, but was pronounced deceased at the hospital.

The driver of the Nissan remained on scene and has been fully cooperative with investigators, Lt. Taub says, adding that alcohol or drugs are not suspected to be a factor in the collision. But he states, “This case will be sent to the San Diego County District Attorney to be evaluated for prosecution.”

The department reminds those who walk at night to obey all traffic control devices, only cross the street at designated, controlled intersections, and wear bright or light colored clothing for visibility. For those driving vehicles during hours of darkness, please pay extra attention to the roadway and be aware of pedestrians that may be crossing.