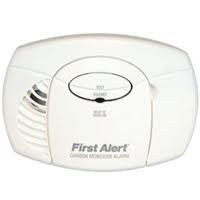 July 2, 2011 (San Diego’s East County)--California residents must have carbon monoxide detectors in their homes as of July 1, 2011, when a bill passed by the Legislature last year goes into effect. This timeline applies only to single-family homes that have appliances that burn fossil fuels (wood, gas or oil) or homes that have attached garages or fireplaces.

For all other types of housing, such as apartments and hotels, detectors should be in place as of January 1, 2013. The carbon monoxide detector must be operable at the time the tenant takes possession. A tenant is responsible for notifying the owner or owner's agent if the tenant becomes aware of an inoperable or deficient carbon monoxide detector within his or her unit. The owner or owner's agent must correct any reported deficiencies in the carbon monoxide detector and will not be in violation for a deficient or inoperable carbon monoxide detector when he or she has not received notice of the deficiency or inoperability.
According to the California Air Resources Board, 30 to 40 people die each year from carbon monoxide poisoning. The senate bill, also known as the Carbon Monoxide Poisoning Prevention Act, states that those deaths were avoidable.  According to the bill, the California law will help prevent further deaths and increase awareness.
The California Apartment Association has put together the following alert to help managers of residential properties deal with SB 183 recently signed by the Governor:
California State Fire Marshal Approved Carbon Monoxide Detectors