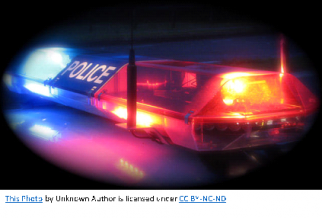 December 16, 2021 (El Cajon) – Sheriff’s deputies deployed a spike strip on Interstate 8 East in El Cajon Tuesday night to help stop a suspected carjacker who forced an Amazon driver out of a delivery truck in Kearny Mesa. The driver drove a short distance on the shredded tires before he was surrounded by officers and arrested in the parking lot at Shadow Mountain Church on Greenfield Drive in El Cajon around10 p.m.

The incident began on Ben Street around 9 p.m., when the thief pushed the Amazon driver out of the box truck and stole the vehicle.  Officer spotted the truck traveling east on State Route 52 and the pursuit ensued.

The suspect, 45, was arrested on suspicion of vehicle theft and fleeing from law enforcement, according to San Diego Police.