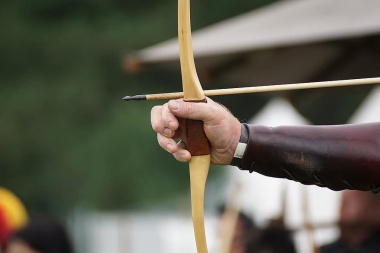 March 3, 2022 (San Diego) – If you spotted a bow-and-arrow wielding man on Interstate 8 yesterday, it wasn’t Robin Hood.  California Highway Patrol reports the man attacked the driver of a Toyota Highlander and hijacked the vehicle.

Around 8:07 Wednesday night, CHP responded to a report of a pedestrian pointing a bow and arrow at a vehicle parked on the shoulder on I-8 east, just west of Waring Road.

After determining that the driver had been attacked and carjacked, the victim was transported to Scripps Mercy Hospital with non-life-threatening injuries, says Officer J. Matias with the CHP.

“The suspect was later located and detained by US Border Patrol Agents at the Campo Border Patrol Checkpoint, subsequently arrested by CHP, and booked into San Diego Central Jail on numerous felony charges,” Officer Matias states in a press release.

Any witnesses or involved parties in this incident are asked to contact the CHP San Diego Area Office at (858) 293-6000.