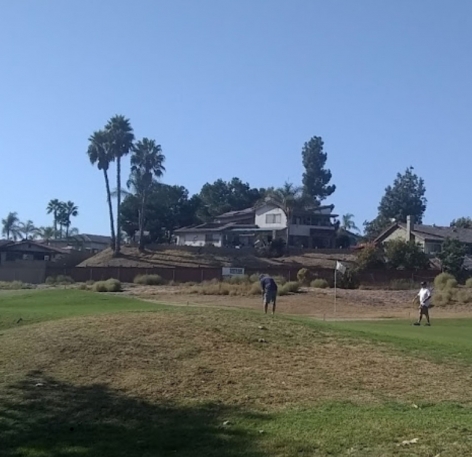 October 22, 2019 (Santee) -- The owners of the Carlton Oaks Golf Course submitted plans to the city of Santee to build 285 residential units on the site and other new development to create an upscale tourist attraction. The golf course itself will be moved and revamped to accommodate the new facilities.

In plans submitted to Santee in August, the renovation includes building housing in three separate areas on the 62-acre site: 172 units on the land now occupied by the Oaks Bar & Grill and a motel, 71 units next to West Hills Parkway and a five-story complex that would include 42 condos.

In addition, the project includes a proposed 88-unit assisted living facility in a separate, three-story building, according to the plans.

Neither the hotel rooms nor the assisted living facility count as far as density housing zoning is concerned.

Area residents got wind of the project from official notices mailed out by the city of San Diego earlier this month. The notices informed residents about the project’s access lane off West Hills Parkway to the proposed houses, and would entail “lot line adjustments between the City of San Diego and City of Santee with annexation required with the Local Agency Formation Commission.” 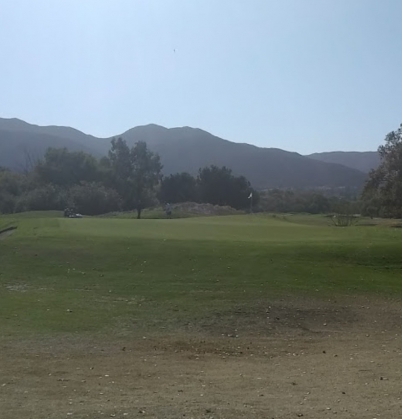 Santee will have complete say over the proposed housing; San Diego’s involvement is limited by the access point off West Hills Parkway.

Three Santee residents, all living on Inverness Street next to the golf course, spoke at the Oct. 9 Santee City Council meeting, raising concerns over the density of the project and the negative impacts the new housing would cause.

“These houses are going to block the view corridors of our houses. It also is going to require a general plan amendment,” said Eid Fakhouri.

In an e-mail sent later to ECM, Fakhouri said, "The golf course is actually going to be made shorter, with less character and less design than was originallyy put in to the course designed back in 1959 and redesigned in 1989. The new clubhouse is going to be on the first floor of a five-story structure.  This new clubhouse will not have cathedral ceilings; it will have a smaller patio footprint for the general eating area; it will not have the full expansive view as it does today."

Augie Scalzitti, a resident who sits on the board of the Padre Dam Municipal Water District, said the area wasn’t designed to handle the type of high density buildings the owners are proposing.

Bill Balog said the traffic in the area is already too high, and will only get worse if all the proposed housing is added.

Santee senior planner Doug Thomsen showed the plans to East County Magazine and confirmed that part of the project will encroach on the floodplain of the San Diego River, which triggers the necessity of a general plan amendment.

The plans also trigger the involvement of federal and state agencies including the U.S. Army Corps of Engineers, the Federal Emergency Management Administration, the California Department of Fish and Wildlife, and the California Water Quality Resource Board.

Thomson said it’s the city’s policy to discourage development in areas that usually sustain some flooding during the winter.

Efforts to interview the property owner, Alika, LLC and its principle, John Chen, were unsuccessful.

Mike Aiken, a director for the Carlton Oaks Golf Course, said the plans reflect the owner’s intention to “build a really nice destination resort facility with all the amenities, and something that the city will be proud of.”

“This is going to be a good project for Santee, and we look forward to making it public, and being totally transparent,” Aiken said.

He said the owners plan to hold a series of public workshops “in the near future” to give residents all the information about the project.

Aiken declined to provide an estimated cost on the proposed project, but it obviously would be considerable. He said the new hotel would be a vast improvement over the current one.

Councilman Stephen Houlahan, who represents District 4  wherein the golf course exists, said he’s talked with neighbors and representatives of the owner about the project, and hopes the two groups can arrive at a compromise solution.

One of the aspects of the project Houlahan supports is the addition of 88 senior housing units. “We need more of this type of housing in the city, and not just having mobile home parks for our seniors,” he said.

But building new units within the floodplain could cause problems. He recalled a 100-year storm that hit the city in 1977 and washed out much of the ballfields at Mast Park and a similar storm could have a devastating impact on new development.

Another thing Houlahan was satisfied about was the project wasn’t “another Castlerock.” He referred to a large residential development adjacent to Santee Lakes that was reviewed and approved by the city of San Diego several years ago, then issued building permits. Following that, the land was annexed by Santee because all of the services including police and fire were provided by Santee, not San Diego.