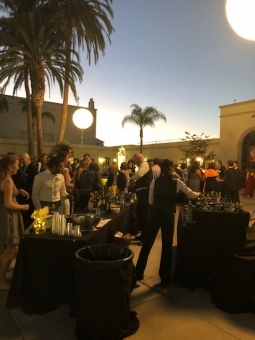 The awardees this year included Distinguished Pro Bono Attorney of the Year, Charles H. Dick Jr., Esq. who has practiced law for 50 years. He represents victims of domestic violence through the Casa Cornelia organization.

The second recipient was Dilkhwaz Ahmed, founder of License to Freedom, an El Cajon-based organization that provides education and resources for refugee and immigrant survivors of domestic abuse. Ahmed also works regularly with the refugee community, assisting with daily needs. She travels frequently to Iraq to provide counseling and support for Yazidi women and girls who escaped human trafficking and other abuses through the Islamic State. 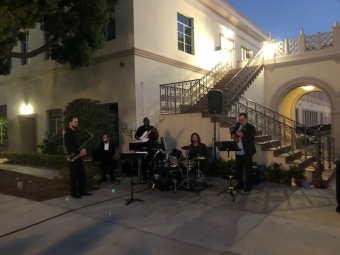 Originally hailing from Kurdistan, an ethnic region in the north of Iraq, Ahmed began as one of Casa Cornelia’s clients.

”I had an honor that they represented my case and got me political asylum, and  later on they brought my husband and my kids to the United States,” Ahmed said.

Ahmed started her organization at the end of 2002; she now has clientele that overlaps with Casa Cornelia and has helped over 5,000 survivors of domestic abuse.

Like many others, she is concerned about new laws affecting domestic survivors’ rights to asylum.

“I know it’s difficult, but we still do it,” said Ahmed. 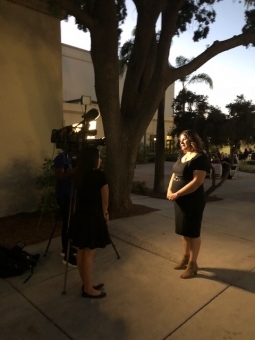 Matthew Cannon, the Children’s Program Director for Casa Cornelia said, “The new case law that has come down from the Attorney General has created a barrier for a lot of these kids. A lot of these kids will suffer if they are sent back to their countries of origin, but the new case law makes it hard to get them asylum.”  He added that it’s now harder to win an asylum claim based on domestic violence.

Cannon is involved with the legal cases of 90 minors who have been placed in an asylum house in El Cajon by the Office of Refugee Resettlement, in addition to 250 non-detained youth.

Many El Cajon community members are concerned with the treatment of youth in the El Cajon facility, but Cannon says otherwise.

“I think the kids there are being treated pretty humanely,” said Cannon.

He added that he cannot speak for the whole Southwest Key system,  an organization that provides privatized detention facilities, however the El Cajon location seems to be operated by caring individuals, according to Cannon’s observations.

”At this facility in particular all of the case managers, all of the people working there are really compassionate,” said Cannon.“They do their utmost for the kids. I’ve seen protesters there with signs that say ‘Feed these kids’ but I think the food there is actually pretty good.”

“We are the sole service provider for children, as soon as they arrive to that center,” said Elizabeth Camarena, Esq., and Associate Director of Casa Cornelia. “We ensure that all of their legal needs are being served.”

Camarena emphasized her enthusiasm toward the awardees this year.

“Without their assistance we could not provide so many individuals with quality legal services,” said Camarena.

The event was well-attended and took place at the lovely University of San Diego Shiley Theatre. It included hosted dinner, live music, and a mixer attended by community ticket holders and volunteers.