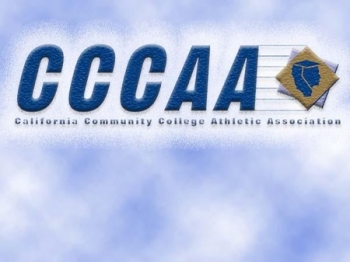 July 14, 2020 (El Cajon) - The California Community College Athletic Association (CCCAA) Board of Directors overwhelmingly approved implementation of its Contingency Plan on Thursday, providing a return to intercollegiate athletics for the 2020-21 academic year that shifts all sports, including football, to the spring season.

The Contingency Plan was among three potential scenarios approved by the Board in early June. Each plan was wholly dependent on which phase of reopening from the COVID-19 pandemic the state of California was in on the CCCAA's previously announced July 17 decision date. The return to athletics in January will only occur if it is safe to do so, a decision that will be guided primarily by state and local health guidelines.

The Contingency Plan can be viewed here.

The most ambitious was the Conventional Plan, which kept all sports except men's and women's basketball in their traditional places on the calendar. However, it was reliant on California being in Phase 4 of its reopening by mid-July, a likelihood that's diminished in recent weeks. The Board, based on a recommendation from the CCCAA's COVID-19 Work Group, decided to approve immediate implementation of the Contingency Plan rather than wait for July 17.

"I know I speak for the entire CCCAA Board that moving Fall athletics to Spring 2021 is a huge disappointment," said Dr. Erika Endrijonas, Board Chair and President of Pasadena City College. "However, the need to keep our student-athletes and the amazing coaches and athletic trainers who work with them safe was simply the only option available with the virus spiraling out of control across the state."

The Contingency Plan originally had men's and women's cross country, and women's golf competing in the fall but was slightly modified in its latest version to move those three sports to the spring with the remainder of the CCCAA's 24 sports. They'll start practice in mid-January and begin competition in February along with basketball, football, soccer, women's volleyball, water polo and wrestling. Badminton, baseball, beach volleyball, men's golf, softball, swimming and diving, tennis, track and field, and men's volleyball are scheduled to start practice in late March before commencing competition on April 10.

All sports will have a 30% reduction in the maximum number of contests or competition dates that they are currently permitted and will also have regional postseason competition. Formats for the postseason will be announced at a later date. The CCCAA will not have state championships in 2020-21.

"We were very hopeful that we could go forth with the Conventional Plan," said Jennifer Cardone, Interim Executive Director. "It's the closest to what everyone is used to and provides for the least disruption to our student-athletes and colleges. Unfortunately, California's reopening progress has slowed, and it's become apparent that we would not be in position to put it into action on July 17.

"The health and safety of our student-athletes, coaches and staffs are our top priorities," she added. "While the Contingency Plan has the most drastic changes, it's also the one that provides us the best opportunity to return to competition."

The Board of Directors will still meet on July 17 to address issues related to this decision as well as other scheduled agenda items. The CCCAA has 110-member colleges and approximately 24,000 student-athletes.

Grossmont College Associate Dean of Athletics Nedra Brown comments, "I would like to say thank you for the effort and due diligence of the Board of Directors and everyone involved in this decision. The safety and well-being of our student-athletes will continue to be top priority. We want all student-athletes to have the opportunity to participate and have a great experience! Above all we want them to do so in the safest environment possible.".