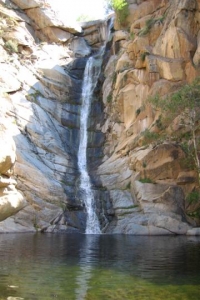 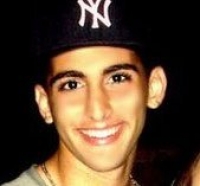 Closure follows a teen’s death Wednesday and a string of serious injuries at the falls which are revealed in the closure order.

Entering the closed area is a violation punishable by a fine of up to $5,000 for an individual or $10,000 for an organization—or imprisonment of up to six months, or both. Brian Harris, Cleveland National Forest spokesman, told East County Magazine that Congressman Duncan Hunter supports closure of the federal forest area.

View map of closure area here. The closed area includes the trailhead at Thornbush Road, the trail to and from Cedar Creek Falls from the Thornbush Road Trailhead, the trail from Saddleback (located on Eagle Peak Road), and the Cedar Creek Falls site. The closure area extends for one-quarter mile on both sides of the trails and falls. Roads leading to the trailheads will be closed except to residents, a Sheriff's official has indicated.  The Sheriff's ASTREA helicopter will fly over the area looking for violators of the order.

The closure does not affect other local falls, such as Three Sisters or Mildred Falls. However jumping, diving, alcohol and climbing cliffs has been banned at all local waterfalls in the wake of recent tragedies at each.

Joe Meram, 16, a teenager from El Cajon, died July 6 after he slipped and fell from an 85-foot-cliff into the swimming hole at Cedar Creek Falls. But he was far from the first to suffer serious harm at the site. Numerous other injuries and deaths have occurred through the years, according to information released by the U.S. Forest Service in its decision memo regarding the closure.

During the 4th of July weekend in 1998, a young man died after drinking and losing his footing in an attempt to jump from atop a 75-foot cliff. In 2003, a youth broke his back in four places, another young man suffered paralysis. On July 8, 2005, a 27-year-old was found dead at the bottom of the pool. Three weeks later, a 17-year-old broke his neck diving into the pool. The Forest Service then erected a sign indicating the danger, but it didn’t stop a 26-year-old from becoming permanently paralyzed jumping off a 75-foot-cliff.

Some visitors may be lured into believing such actions are safe because at times, the water is 25 feet deep. But as summer progresses, the depth evaporates to only four to 12 feet deep.

According to the San Diego Sheriff’s office, Cedar Creek Falls and the San Diego River Gorge trail leading to it have the highest number of rescues in the Sheriff’s area of jurisdiction. Last year, 48 helicopter medical assist calls were made to the Cedar Falls area, of which 90% were due to dehydration and most others were due to risky jumping and diving off cliffs 75 feet high or taller.

The Forest Service has worked in partnership with San Diego River Gorge Conservancy to create a new trailhead and reconstruct the trial to Cedar Falls to lessen some hazards, creating a more gently graded trail. The trail was added to the official trail “system” for the Forest Service after an easement from Helix Water District was obtained. The new trail opened in June—not surprisingly leading to a surge in visitors, though visits to the falls had been increasing steadily over the past several years.

Other steps to improve safety have included adding a water spigot at the trailhead of the 5-mile roundtrip hike and adding signs warning of steep terrain. But use of the trail has increased five-fold in the past three years, along with a surge in partying and alcohol consumption which has contributed to dehydration and injuries, the Forest Service reports.

Neighbors have complained of parking problems, trespass, public urination and illegal campfire rings near the falls, prompting further safety concerns. Since 2007, visitor use of the site has grown from 50-60 cars to 260 on a peak weekend as media coverage and even a Facebook page devoted to Cedar Falls have raised public awareness of the beautiful but potentially treacherous falls. Three years of heavy rains have resulted in more water flow and year-round visitation, even during summer months when peak temperatures soar above 100 degrees.

Most recently, the Forest Service banned alcohol consumption, jumping, diving and climbing cliffs near the falls—none of which was enough to prevent the tragic death of Joe Meram. The teen was reportedly hiking with relatives when he wandered onto a wrong trail and plunged to his death.

The Forest Service aims to develop a plan to make the falls safer—but that plan will likely stop short of what many falls visitors have said is most needed: supervision at the site by a ranger or trained lifeguard to assure that rules are followed.  Other outdoor enthusiasts, by contrast, have voiced fears that their enjoyment of a wilderness experience could be lessened by restrictions and enforcement personnel.

Forest Service officials have long indicated that they lack the manpower and budget for such staffing. San Diego Sheriff Bill Gore, in an interview with East County Magazine yesterday morning, suggested the Forest Service might deputize Sheriff’s officials to provide enforcement of rules in the Cedar Falls area.

The closure order is not subject to appeal and is exempted from environmental rules, according to the decision memo signed by William Metz on July 8. Exemptions will be made for emergency personnel and those with special permits.