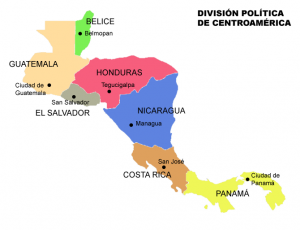 June 29, 2014 (San Diego) – The Border Patrol has announced that starting this week, it will bring undocumented Central American immigrants from Texas to California.  The first groups will include families, not unaccompanied minors, to ease overcrowding of facilities due to an influx of children fleeing violence in Central America.

The families will be brought to San Diego and El Centro to ease what President Barack Obama has called a humanitarian crisis.

ABC News this week interviewed a 17 year old girl who was among those immigrants apprehended attempting to cross into the U.S.   In a tearful voice, she told them that she fled her home in Central America after her brother was murdered and a gang threatened her with harm if she would not join.  On her journey here, she was gang-raped by several men before reaching the U.S. She was  detained after reaching the U.S. but eventually released into custody of a relative in Florida, where she awaits an asylum hearing to determine if she can stay in the U.S. or not.

San Diego has not yet said where the immigrants will be housed.  Escondido refused to accept them, as did the owner of the former Sharp Hospital building in Point Loma, where the federal government sought to house the families temporarily, since all federal holding facilities are already full.

The families were transferred from Texas facilities so overcrowded that children were crammed into warehouses and forced to live and eat where others were urinating and defecating, according to media reports.  Lacking cots or even blankets, youngsters huddled under aluminum foil sheets on concrete cell floors,  cold and frightened after already enduring often horrific situations. Some have escaped from human traffickers, physical abuse or gang threats in their homelands.

Many of the immigrants are seeking asylum because they fear violence if they return to their homelands.  After they arrive in San Diego and El Centro, they will be process by Border Patrol, after which Immigration and Customs Enforcement, or ICE, will decide on a case by case basis if they should be detained for deportation or security purposes, or if they may be released and asked to return two weeks later for a hearing at the ICE office closest to their final destination.

President Obama has issued an executive order to require that unaccompanied minors be provided lawyers to assure that are represented in court.

Locally, Casa Cornelia has been providing legal help to the children. It's estimated that 90,000 unaccompanied minors will cross our border by year's end.

The organization’s website states, “Casa Cornelia remains committed to assisting all unaccompanied children who are at risk in San Diego. At the same time, we are working closely with other agencies to assist children placed in the Emergency Reception Center at the Ventura County Naval Base near Oxnard, California.” The group is also accepting donations to help protect these vulnerable children through its Children’s Program.

Shawn Moran with the National Border Patrol Council suggested that drug cartels may be taking advantage of agents attention being diverted to process the influx of child immigrants. “They’re making sure that everybody that comes across the border surrenders to border patrol agents away from the port of entry because then it further ties up our agents,” said Moran, Fox News in San Diego reported. “Then they can further move their drugs, weapons and the people they really want to get across the border.”

Some have blamed the increase on a belief that America will allow youthful immigrants to stay, a belief based in part on a misunderstanding of the Obama administration’s policy allowing existing residents who came here as young children to remain.  That policy does not apply to newcomers.  But that explanation appears overly simplistic, since violence in Central America has recently escalated, also accounting for a flood of refugees seeking haven not only in the U.S. but Mexico and other countries as well.

Supervisor Dianne Jacob has called the crisis a federal problem, and said that a federal solution is needed.

But Enrique Monrones, founder of the human rights group Border Angels, said that immigrant rights groups and social service groups along with San Diego’s governmental authorities are preparing to meet the needs of the new arrivals. He wants to see help for children who have already suffered a great deal, and whose lives and safety could be at risk if they are deported.

Morones concluded, “This society is judged on how we treat our children.”