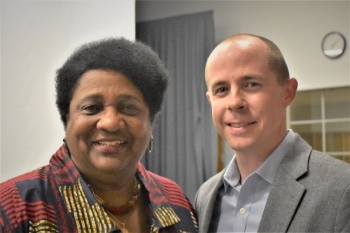 Hicks was elected in a race against Kimberly Ellis. 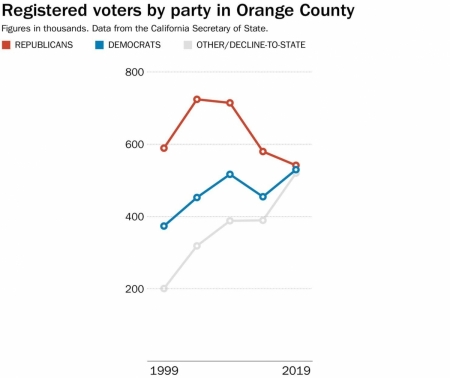 Democrats flipped Orange County, a former Republican stronghold, from red to blue in 2018, sweeping seven House seats, according to a story by Jorge L. Ortiz for USA Today published Nov. 18, 2018.

Ammar Campa Najjar, the Democratic candidate in the 50th district, noted the recent increase in his polling numbers.

The poll by SurveyUSA for 10News indicated Campa Najjar is currently in the lead over a pack of all candidates running including four prominent Republicans and two Independents.  He finished just three points behind Hunter in the 2018 race.

Candidates for office gave brief introductions/comments to the crowd at the end of the evening, which was followed by a presentation by Richard Lederer.

The Democratic endorsing convention will be held in Long Beach, November 15-17. The 2019/2020 platform will be finalized, ratifying endorsements for Congressional and legislative races, and will host a 2019 presidential forum.