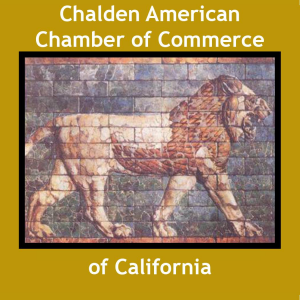 December 13, 2013 (San Diego’s East County) --The Chaldean-American Chamber of Commerce of California announces it has launched to serve San Diego County and the entire State of California. The Chamber aspires to be a leading voice for the Chaldean business and professional community as well as non-Chaldean professionals.

“I’m humbly honored and grateful to San Diego’s business and community leaders in asking me to come back home to serve in this role,” says Oram. Mr. Oram plans to emulate the many successes he has accomplished in Michigan for the Chaldean community in San Diego and throughout California. “We are going to focus on helping business thrive and to collaborate and to make an impact on the economy and job creation,, he adds. “The Chaldean community has never been represented by such an organization as this as this was something in the planning for years and I wanted to come back home where I was raised to give back.”

The CACCC  has no relation to the recently launched San Diego-East County Chaldean Chamber of Commerce, which is headed by Ben Kalasho.  The San Diego Reader reports that Kalasho recently filed a lawsuit against Mark Arabo and Johnny Oram alleging trademark infringements and interference with contracts.