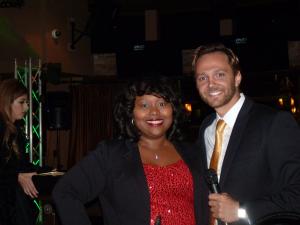 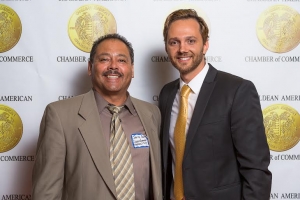 Guests included elected officials from San Diego, Santee and Lemon Grove as well as many local business owners. Chamber President Ben Kalasho also presented awards to honor business leaders and supporters of the Chamber, which was established to represent Iraqi Chaldean-American businesses and also has many non-Chaldean members.

“Touchdown!” he exclaimed as Barfly’s TVs displayed a football score.  The phrase applies equally well to the Chamber, that has had a winning first year, hosting events ranging from business mixers to a beauty pageant, also participating in charitable events and working to help save lives of Chaldeans still in Iraq.

Vivian Shabilla, a Chamber board member, praised the young people who have become involved in the Chamber. “The youth are the ones who are carrying the torch to the next generation.” 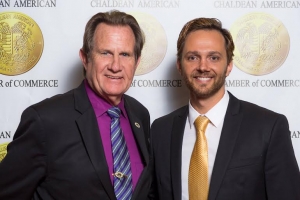 She praised the many hard-working Chaldean immigrants who pioneered the way for others., “Because we are from the Middle East a lot of people don’t  know that we have such a rich culture. America was founded by people, foreigners who came here from all over the world and found their newfound land and freedom in every way.” 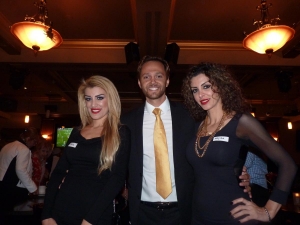 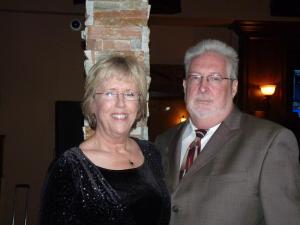 First, could someone tell me the purpose for a race/culture based East County Chamber of Commerce, because as I understnd it, East County has had an all inclusive chamber for many years and second, why would they celebrate their first anniversary in La Jolla? Last time I looked at a map, La Jolla was not one of our east county communities.
I can't speak for the Chamber but San Diego has various ethnic based Chambers such as a Hispanic and a black Chamber. La Jolla has some popular night spots for Chaldeans and I would imagine they simply wanted to outreach to attract new members who may wish to network with Chaldeans from East County. The San Diego East County Chamber held its centennial gala at the U.S. Grant Hotel downtown, as I recall, and La Mesa has regularly held some of its major functions in Mission Valley, in part due to limited large facilities in East County. The only really big facilities are at the casinos.