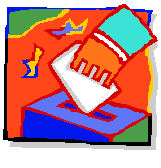 October 18, 2012 (San Diego’s East County) – The editor of the Chaldean Times in Detroit, Michigan has asked that we provide a link to their recent articles on elections in which Chaldean candidates were running for office.  El Cajon has the second highest population of Iraqi Chaldean Christians in the U.S., after Detroit.

With local Chaldean candidates on the ballot in El Cajon, the experiences of Chaldeans seeking public office in Michigan has relevance to many local readers.  To view “The Good, the Bad, and the Ugly” as well as a story on how racism may have played a role in a prominent Chaldean candidate’s race, click here.