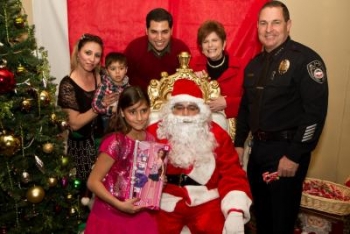 December 23, 2013 (El Cajon) -- The Neighborhood Market Association has partnered up with Chaldean-Middle Eastern Social Services and the Chaldean American Association to help sponsor this year’s Chaldean Community Toy Giveaway, which provided over 7,000 toys to children in need this holiday season.

“Nothing brings a community together like being able to work towards bringing a smile to the face of a child, ” says NMA President and CEO Mark P. Arabo, “every disadvantaged kid deserves to feel special during this season.” 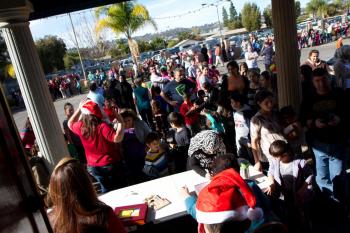 For the past few years, this event has been a staple in the Chaldean community. In an effort to give back to the city they call home, the members of the Chaldean community in El Cajon have been able to make the holidays brighter for thousands of kids through donations and a dedicated effort.  The toys were given out on December 15 at the Crystal Ballroom in El Cajon, where public officials including District Attorney Bonnie Dumanis turned out to help Santa give away toys.