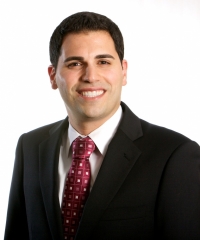 “If they keep taking out city after city, the whole world’s safety is threatened. I hope the world acts soon." -- Mark Arabo, Iraqi-American community leader

June 17, 2014 (San Diego’s East County) – The violence engulfing Iraq as terrorists capture  citiy after city is a “living nightmare that won’t go away” for Chaldean Christians across America, Mark Arabo, a first-generation Iraq-American and president/CEO of the Neighborhood Market Association, told East County Magazine.  “No question about it, this is a slow genocide."

Now, Chaldeans across American are asking the public to help by signing a petition urging President Barack Obama  and Congress to join with other world leaders and provide safe passage out of Iraq for Christians trapped with no safe place to go, now that Syria is in civil war and the terrorists in Iraq aim to impose Sharia law.  You can click this link to sign the petition to Save Iraqi Christians.

The Islamic State in Iraq and the Levant (ISIL) is a splinter group of Al Qaeda that has seized power at an astonishing pace after Iraqi security officials abandoned their posts, leaving Iraqi forces leaderless. Mosul crumbled in a day, sending a half million people fleeing.

Stories of “mass executions” have emerged from Tikrit, former home to many  Chaldeans in America.  San Diego is home to some 70,000 Chaldeans, including 45,000 in East County, Arabo estimates. The violence has escalated to other cities in Iraq and Baghad is also threatened to be overrun. “Now Sunnis are starting to fight alongside ISIL,” he said.

Before the war, 1,3 million Chaldeans resided in Iraq, descendants of the ancient Babylonians – the early Christians in Mesopotamia. Today, fewer than 450,000 remain.

The seeds of today’s festering conflict lie rooted in the past. Arabo faults former President George W. Bush for invading Iraq “for no reason” and then failing to secure the borders—borders over which terrorists later entered Iraq. The Bush administration also purged Saddam Hussein’s Bath Party from participating in elections—a move Arabo says caused deep resentment that is “boiling over into what we have today.”  He believes the solution is for Prime Minster Nouri al-Maliki to be more inclusive.

“I think you can’t have a government anywhere in the world and be successful if you’re not inclusive,” he observed. “The beauty and the magic of America is everyone is so different and everyone is included; we agree and disagree and at the end of the day, we’re Americans –we live peacefully, elections happena ndw e live in safety.”

Arabo offered thanks and praise for American soldiers who have made sacrifices,”our children, our blood,” including 5,000 U.S. lives lost “for a misguided war” launched back in 2003.

“We’re doing everything we can,” said Arabo, who has spoken with members of San Diego’s Congressional delegation and received positive responses to help relocate refugees, including potentially, bringing some to El Cajon, a federally designated refugee resettlement area.  Arabo says he has met with President Obama and hopes to see the President ask Pope Francis  to help bring together Sunnis and Shiites currently warring in Iraq, as well as Chaldeans and Kurds in an effort to bring about peace.

Although diplomacy has been the road less traveled in international relations, Arabo hopes it will succeed.  “We’ve had so much blood shed, so many sacrifices,” he noted, citing 5,000 Americans lives lost in the effort to protect Iraq.  “There has to be a way to have everyone live in safety.”

He emphasized that Chaldeans who have come to America love our country, because there is “so much opportunity and freedom” for those who play by the rules, study and work hard. He predicts that if more Iraqi Chaldeans come to America, they will be the soldiers, teachers and engineers of tomorrow. “They are very patriotic.”

Arabo said federal grants are available to help refugees start new lives – but only to those cities that apply for grant funds. He said Congressman Duncan Hunter told him that El Cajon’s former Mayor, Mark Lewis, would not apply for those grants but that he is hopeful the new Mayor,  Bill Wells, and City Manager Doug Williford will do so.

Calls are coming in daily – many of them – from local Iraqis worried about family members still in Iraq—including one man who has not been able to reach two relatives since the fall of Mosul.  Arabo, a first generation Iraq-American born at Grossmont Hospital in La Mesa, said his church held a prayer vigil for the family.

He praised the Obama administration’s handling of the crisis in Iraq and said the President is doing a “great job” by sending protection for the U.S. embassy and staging a Navy ship offshore in case air support is needed.

However, Arabo does not believe more “boots on the ground” or ground troops is the answer. Instead he favors “soft diplomacy.” He wants to see the U.S. work with NATO and like-minded nations and stresses that this is about more than the Chaldean community.

Other countries could be threatened next  by ISIS, which is now armed with looted U.S. weapons and a half billion dollars stolen from banks, Arabo believes.  If the terrorists march toward Israel, the hostilities could even lead to a third world war, he fears.

“That region is a tinderbox,” he said of the terrorists’ inflammatory actions. “If they keep taking out city after city, the whole world’s safety is threatened,” the Iraq-American leader warned.  “I hope the world acts soon.”