The event also featured installation of officers and a “Come to the Cabaret” theme complete with New York cabaret singer Devlin, pianist Chris Drury, and a cabaret cake cooked up by Grove Pastry Shop.

This year’s honorees were:

Cody Brackney and Kyle Granger, paramedics with American Medical Response:   These partner paramedics have helped many community members with medical problems, including coming to the aid of an elderly patient run over by an SUV, who survived thanks to their swift actions in treating the patient and transporting the victim to a trauma center.

Captain Todd Nelson, Heartland Fire and Rescue: A 17-year veteran of the fire service, Captain Nelson is deeply involved in the La Mesa Fire Department and La Mesa Fire Explorer Program. He serves on several committees and organizes the annual Fire Station Pancake Breakfast, also serving as a strong leader of the Apparatus Committee which helped secure two near vehicles for La Mesa’s fleet—a plan that took hundreds of hours to help improve safety for the community.

Officer Bill Wilson, La Mesa Police Department:  Officer Wilson has served with the department for 7 years and has been the Traffic Unit’s lead investigator on three major injury accidents, including a fatality, due to completing advanced coursework.  He takes pride in his job and even when working his regular shift in traffic, he also volunteers to help patrol on radio calls.

Maxine Lynch, La Mesa Police Department:  Maxine Lynch has worked for the department for 34 years, supervising the Retired Senior Volunteer Program for the last two decades.  She also supervises the Live Scan Operations and manages the Graffiti Tracker program, as well as organizing and participating in numerous annual events ranging from the RSVP 20th anniversary gala to the Flag Day Parade and the LMPD Citizens Academy. 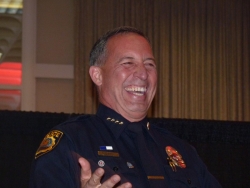 nteers work tirelessly to help seniors in La Mesa. One example of their commitment was helping a senior who was evicted and homeless. The found him, called his social worker and his doctor, helping find a home for him to live on his limited income. They stayed in touch with him through visits the he appreciates.  A writeup in the Chamber program states that these volunteers’ “caring and giving spirit is endless. They go the extra mile every day to ensure that La Mesa’s at risk seniors are a little safer.” 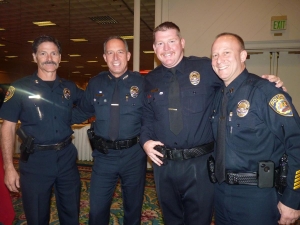 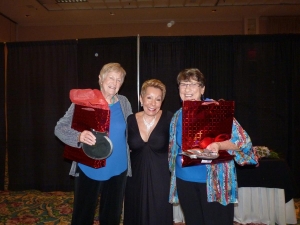 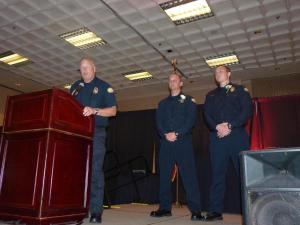 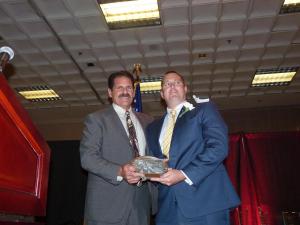 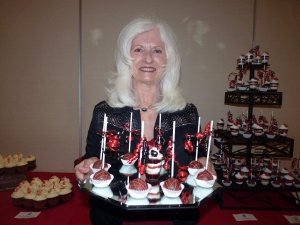 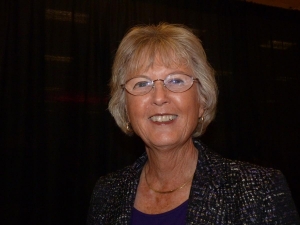