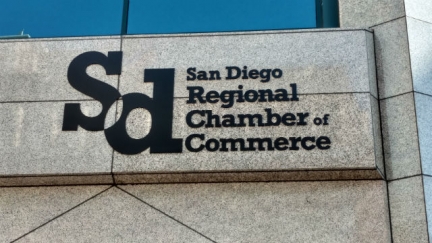 Reprinted from Times of San Diego, a member of the San Diego Online News Network

January 22, 2017 (San Diego) - San Diego businesses reported a moderately optimistic outlook at the close of 2016, with two-thirds expecting the new Donald Trump administration to have a positive impact.

The monthly forecast by the the San Diego Regional Chamber of Commerce, released on Friday, found businesses more optimistic than immediately before the Presidential election though still trending below the historic average.

The index based on 200 interviews of randomly selected chamber members stood at 16.9 in December, with zero being neutral and 100 being completely positive.

“Over the last two months we have seen a renewed optimism for what the new year and incoming Presidential administration will bring to businesses,” said Jerry Sanders, president and CEO of the chamber. “Moving forward we will see how this optimism responds as the administration takes action on their more business-friendly policies promised during the campaign.”

“Although 2016’s yearlong trend has been downward, this month’s steady position shows the renewed optimism captured in the election’s wake was no blip,” he said.