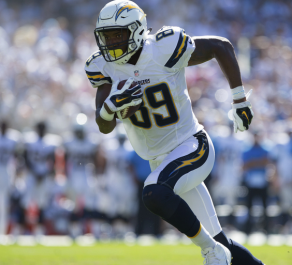 Chargers owner Dean Spanos released a statement on chargers.com today saying that the Bolts will stay in San Diego for the 2016 season.

"Today I decided our team will stay in San Diego for the 2016 season and I hope for the long term in a new stadium. I have met with Mayor Faulconer and Supervisor Roberts and I look forward to working closely with them and the business community to resolve our stadium dilemma. We have an option and an agreement with the Los Angeles Rams to go to Inglewood in the next year, but my focus is on San Diego.  This has been our home for 55 years, and I want to keep the team here and provide the world-class stadium experience you deserve. Everyone on both sides of the table in San Diego must now determine the best next steps and how to deploy the additional resources provided by the NFL.  I am committed to looking at this with a fresh perspective and new sense of possibility."

However, Union Tribune Chargers reporter Kevin Acee reports that the Chargers have reached a deal with Rams owner Stan Kroenke that will allow the Chargers to move to Los Angeles, but there could be reason to believe that Spanos could try and get a deal in San Diego.
For now, though, Chargers fans can rest easy knowing they will still have a team to support in 2016.

they do call them chargers. Look for the charge...to taxpayers, to further enrich the rich.