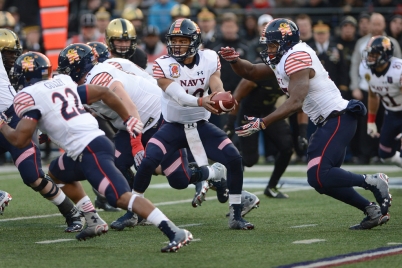 He's dedicating Memorial Day weekend to the latter.  Today, Swain joined his fellow Midshipmen in graduating from the U.S. Naval Academy and being commissioned an officer.

Swain's Reserve paperwork is in the final stage of completion.  When it's done, he'll enter the Navy as a Reserve and will be able to play for the Chargers for his rookie season in the NFL.

Swain was here earlier this month, but missed the start of organized team activities.  He will be back in San Diego next week to continue OTAs and other training.