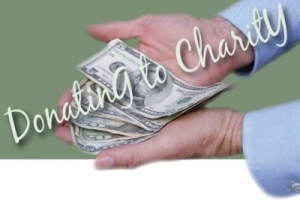 December 13, 2017 (Washington D.C.) – Nonprofits are voicing concerns over a provision in the Republican tax bill now in Congress that could harm charities by taking away incentives for the vast majority of Americans to donate to nonprofit organizations.

Donations to charities have been tax deductible for 100 years, encouraging U.S. taxpayers to be generous in giving to charities such as churches, organizations serving the less fortunate, service clubs, foundations supporting libraries, Parent Teacher Association (PTA), and many other worthy causes.

But the tax bill backed by the House and Senate would result in 95 percent of taxpayers using the standard deduction instead of itemizing their tax returns. That would dramatically reduce the incentive for middle class and even many wealthy donors to engage in charitable giving.

Brian Gallagher, CEO of United Way worldwide, states in a recent editorial,  “It will mean fewer resources for programs that strengthen families and communities and allow all Americans to reach their full potential. The nonprofit, community-based organizations that make up the United Way and the Alliance work as partners with government.  We help children, families and seniors get the resources they need to succeed in school, earn a livable wage, access quality, affordable health care and weather life’s inevitable storms. As a key partner in helping to build our country’s greatest asset – our people – our sector knows this is no time to reduce the resources we need to get the job done.”

He notes that studies have shown that for every $1 subject to the charitable deduction, communities see $3 in benefits. The nonprofit human services sector generates an estimated $1.1 trillion in economic activity every year in the form of jobs and services that benefit the community.

Small businesses in service industries, self-employed people and independent contractors also stand to be hurt by the tax bill, which is currently going through a reconciliation process to resolve differences in House and Senate versions.

Home office deductions for self-employed people have also been eliminated in both the Senate and House plans.

The tax plans were pushed through by Republicans and opposed by Democrats. There is still time to make changes, but those will likely only occur if impacted taxpayers speak out and contact their elected officials in Congress.