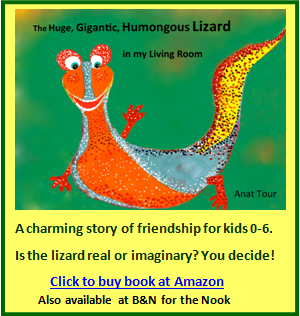 June 29, 2015 (San Diego’s East County) - Anat Tour, an East County resident and high school math teacher, has come a long way since our initial meeting at a Barnes & Noble Author Forum that I was moderating in La Mesa in April of 2011. Then, an unpublished author, Tour asked me at the end of the event how to get her Mama’s Shoe published. I suggested getting it published as an eBook with Barnes & Noble, which she did, and now with her 7th publication; The Huge, Gigantic, Humongous Lizard: in my Living Room, she is a firmly established author and illustrator. 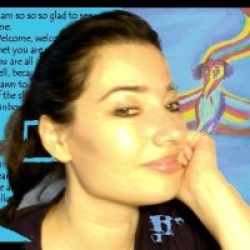 Tour’s passion and concentration are children’s books, and it helps that she is a mother of 4 children, who actually contributes to her writing and the themes of her books. Her children provides her with plenty of material for her writing, having the imaginative nature and curiosity that children normally have. I once described the author as “East County’s Renaissance Woman”, due to her prior life as an international model, her transition to a high school math teacher, and being the lead singer for Possession, a local band. 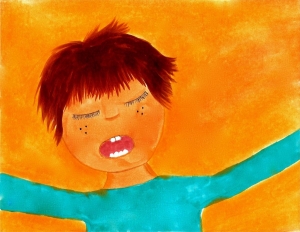 The Huge, Gigantic, Humongous Lizard, is a whimsical story that young children are sure to delight in reading, and better yet, to have it read to them by their parents. Tour is a master story-teller in this regard. It is a charming story of friendship, typical of Tour’s previous children’s books, with colorful eye catching illustrations done by the author herself – which tend to bring the imaginative world of children to life. 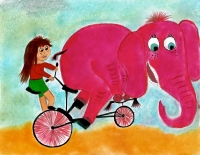 A young child states to his mother throughout the course of the story that he sees a large lizard in their living room, which it seems that he is the only one to see it, further stating: “Mama, just because you didn’t see it, it doesn’t mean it’s not there.” Is it real or imaginary? Initially, the mother goes along with her son’s story, by stating that when she was a little girl she had an imaginary friend, an elephant friend named “Wibble Wabble Woo.” Actually, this was one of the characters taken from one of Tour’s previous books. 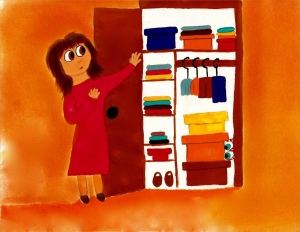 The young boy would take his mother from room to room in their house, even having her look into the closet and the bathroom, for this Huge, Gigantic, Humongous Lizard. “Mama went to check the closet, but there was no Huge, gigantic lizard hiding in the closet.” One week later, this seemingly figment of Mama’s son’s imagination would actually appear before her eyes. This is a warm and imaginative story by the author, which is typical of her previous children’s books. 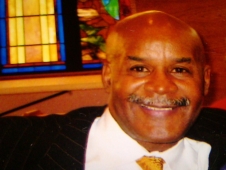 Dennis Moore is the Associate Editor for the East County Magazine in San Diego and the book review editor for SDWriteway, an online newsletter for writers in San Diego that has partnered with the East County Magazine, as well as a freelance contributor to EURweb based out of Los Angeles. Mr. Moore can be contacted at contractsagency@gmail.com or you can follow him on Twitter at: @DennisMoore8.