The agenda also included a wealth of other items – from banning card playing in public to approving the posting of a religious message in Council chambers.

Playing cards? Better have a permit after a unanimous 5-0 vote. The law against public card games, a move apparently aimed at the city’s large Chaldean community following breakup of a crime ring at an Iraqi social club, will require a second reading before it can become law. Bridge playing is exempted thanks to Councilmember McClellan, who also voiced his support for condominium conversions because, he said, low income housing attracts renters who are “drug dealers and prostitutes.”

The Council also voted unanimously to display “In God We Trust” in the Council Chambers and to make Jillian Hanson-Cox Vice-Mayor.

It was a time for celebration as new Police Chief Jim Redman was sworn in and the East County Teen Coalition got a chance to meet the El Cajon City Council and Mayor. This year’s Teen Coalition is made up of 8 teens from across East County. Some are at high schools which require a major, and they are specializing in Government and/or Political Science. This year they will be visiting local governments and participating in community events.

Karen Marie Otter, a military veteran, surprised the Council by asking that every monetary expenditure be pulled from the consent calendar. “I just don’t see how we can buy a $61,000 lawn mower when we’re selling fire trucks,” Otter testified at the packed Council meeting. All the items pulled by Otter, including the $61,413.47 lawn mower, $194,264.97 in radio equipment, $105,673.40 and $29,376.75 for traffic signal upgrades were passed unanimously by the Council. 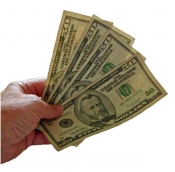 In another item pulled from the consent calendar, Jillian Hanson-Cox voted against a special permit allowing The Check Cashing Place on North Second Street to buy and sell gold, recommending that they instead expand into offering payday loans. “There are many people out there that need these kinds of services,” said Hanson-Cox.  (Perhaps she was unaware that according to Consumers Union, the nonprofit publisher of Consumer Reports, the average cost for such services is over 900% interest on a one week loan, 450% interest on a two week loan and 200% interest for a one month loan.)

Council also met behind closed doors on its draft Downtown Specific Plan.  A consensus of Council agreed to direct staff to pursue Scenario #4, which would limit building heights to three stories with an option for “podium parking” for residential units. Staff is directed to return a report to the Planning Commission for consideration.

The most controversial measure heard in the public meeting was the proposed charter city ballot initiative. El Cajon resident Jonathan Goetz thanked the Council for adding an anti-Bell amendment after he brought attention to the matter through his freelance story in the East County Magazine.  The Bell amendment, which Council approved, would prevent  the City Council from establishing hefty salaries for its elected members as happened in Bell, California after they became a Charter City.

Heated debate ensued. Supporters contend that charter city status would save the city money on construction projects.  Opponents argued that lowering wages for construction workers would have a negative impact on El Cajon, which already has the county’s highest poverty rate by far at over 29 percent.

A contractor testifying in support of the proposal stated that “I never bid on prevailing wage government jobs, because once my men make $75 and hour, they think they’re worth that much and when they’re brought back down to reality they’ll never work the same again.” An opponent to the charter stated that “I doubt Jesus would want you to cut the wages of the least of these,” to which a later presenter chided, “I doubt Jesus had a union card.”