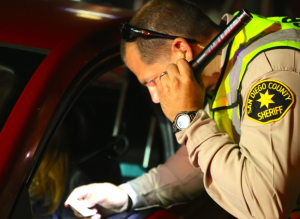 June 30, 2021 (Lemon Grove) -- The Sheriff’s Lemon Grove Substation will be conducting a DUI / Driver's License checkpoint on Saturday, July 3 from 8 p.m. to 2 a.m.at an unspecified location in Lemon Grove.

“In an effort to reduce the number of persons killed and injured in alcohol-involved crashes, DUI checkpoints are conducted to identify offenders and get them off the street, as well as educate the public on the dangers of impaired driving,” says Traffic Sergeant Aaron Montan. “All too often, members of our community are senselessly injured or killed on local roadways by impaired drivers. This DUI / Driver's License checkpoint is an effort to reduce those tragedies, as well as ensuring drivers have a valid driver's license.”

A major component of these checkpoints is to increase awareness of the dangers of impaired driving and to encourage sober designated drivers.

Traffic volume and weather permitting, all vehicles may be checked and drivers who are under the influence of alcohol and/or drugs will be arrested. he public is encouraged to help keep roadways safe by calling 911 if they see a suspected impaired driver.

Funding for this operation is provided by a grant from the California Office of Traffic Safety, through the National Highway Traffic Safety Administration.