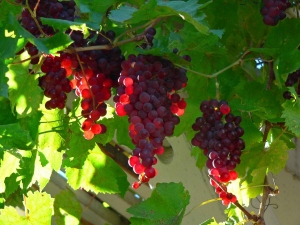 August 5, 2010 (San Diego) – By a unanimous vote, San Diego County’s Board of Supervisors have approved a new ordinance allowing small “boutique” wineries to open tasting rooms and offer retail sales. The decision is expected to be a boom to local agricultural and tourism industries in East County, where the vast majority of San Diego County’s 40 wineries and vineyards are located.

“The vote was a great one for the local wine and grape-growing industry,” William Holzhauer and Tammy Rimes, owners of Hacienda de Las Rosas Winery in Ramona, said in an e-mail to winery customers. 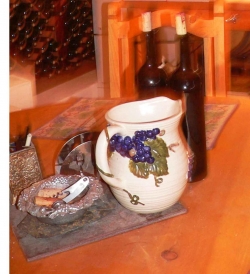 They added, “For those living in San Diego, there will be the benefit of travelling locally to taste handcrafted wines. It has been shown that wineries support other types of businesses—agriculture suppliers, bed and breakfast, hotels, restaurants, and nearby stores.”

Hacienda de las Rosas currently operates a tasting room in Old Town, San Diego, but has not been able to have a tasting room at its East County vineyard due to prohibitive regulations. The new ordinance is expected to ultimately boost tax revenues and tourism in unincorporated areas in East County.

Advocates have said the decision will help save agriculture in San Diego County, where many growers have ripped out avocado trees, no longer able to afford higher water rates. Charlie Wolk, a Fallbrook avocado grower, told Supervisors, “When we look at alternative crops, the wine grapes are very viable.”

A big benefit of planting grapevines for East County residents is that vineyards ripe with juicy grapes also serve as fire-resistant landscaping during the high-risk fall fire season.

Most San Diegans are unaware that before Prohibition in the 1920s, San diego County produced more premium wines than either Napa or Sonoma County. Vineyards covered tens of thousands of acres locally, but vines were destroyed during Prohibition. By the time Prohibition was repealed, most of the land had been converted to other uses--and Northern California regions with access to rail and a growing San Francisco marketplace emerged as leaders in the wine industry.

Later, San Diego imposed restrictions so that winemakers could not offer tastings or sell directly to customers, except with a major use permit and costs that could reach $250,000--far more than some other Counties, where a mere $5,000 could put a tasting room in business. The County briefly passed a boutique winery ordinance several years ago, but revoked it after concerns were raised by area residents over increased traffic and the potential for accidents on winding backcountry roads caused by intoxicated drivers.

An environmental impact review was ordered and has since been completed. The County Planning Commission approved the ordinance which was passed by Supervisors yesterday. The final measure includes an amendment requiring winery owners to work out easement issues with owners of private roads.

The new winery ordiannce "provides an oportunity for San Diego County to reestablish itself as one of the oldest wine producing regions ni the State of California," stateddocuments provided by the measure was backed by the Ramona Valley Vineyard and Winery Associations, which proposed the ordinance.  The Association succeeded in 2006 in getting the region designed as an American Viticultural Area by the federal government. Vintners may include that designation on labels of wine containing at least 85% grapes grown in the area. Sangiovese, syrah, and cabernet sauvignon grapes for red wine are grown in the region, as well as sauvignon blanc and moscato grapes for white wines.

San Diego now joins other wine-growing regions such as Temecula and Napa Valley, where local governments have enacted policies that fostered wine industries that generate tax revenues and tourism for their regions.

Premium wine grapes are high value crops, generating a gross value of $2,000 to $3,000 per acre per year, according to the Ramona associations.

The wine industry provides fortification to our economy as well.  A 2006 economic impact study found California's wine industry contributed $51.8 billion to the state's economy and $125.3 billion to the nation's economy, also providing 875,000 jobs.   A 2007 study of San Louis Obispo County wineries found they brought in a $1.8 billion benefit to the County, plus $1 million in benefits for local charities and creation of over 8,000 jobs from 217 wineries in that region.

"I'm guessing that if the ordinance goes effective a month from now, without any more legal challenges, that we should see somewhere between two and six tasting rooms opening in the County this year," predicts Carolyn Harris, general Counsel for Ramona Valley Winery Association and Ramona Valley Vineyard Association.

Not all San Diego wineries will be able to open tasting rooms, even with the new ordinance, due to requirements such as paved roads and adequate access for emergency vehicles—measures still unaffordable for some growers in remote locations.

It's certainly great news. Such type of ordinances will definitely boost the local wine market, boost the economy of the state and promote tourism as well. Tasting rooms will definitely be will in overall prove result oriented. 8,000 jobs from 217 wineries is a very good solution for employment as well and this is just the starting. Wine lovers across the world will also get a chance to taste new wines from new regions.
Las Vegas Foreclosures