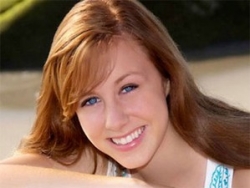 The bill would require life imprisonment without parole for forcible sex crimes under children under 18 when aggravating circumstances exist, including physical harm, kidnapping, torture or use or a weapon. The bill also doubles penalties in some other sex crimes where no aggravating circumstances are found. It would also tighten parole guidelines and require life-long tracking for certain repeat sexual offenders.
“It is our job to make sure that we hae the right laws in place that will keep our children safe, and I applaud the Assembly Public Safety Committee for passing this important legislation today,” Governor Arnold Schwarzenegger said.
State Senator Dennis Hollingsworth (R-Murrieta), whose district includes East County, also praised the bill. “These violent sex offenders need to be kep behind bars for life,” said Hollingsworth, who applauded participants who marched in a victim’s rights rally at the capitol on Monday.
The Chelsea’s Light Foundation, established in memory of Chelsea King by her family, has launched a blue ribbon campaign on its Facebook page. Supporters of Chelsea’s Law are asking backers to send a blue ribbon to Assemblyman Felipe Fuentes, Chair of the Assembly Appropriations Committee, at P.O. Box 942849, Sacramento, CA 94249.
Not everyone supports the measure. ABC TV in San Francisco reports that the California Criminal Attorneys Association opposes the bill, arguing that the state cannot afford stricter parole guidelines and that there is no proof that longer sentences or tighter parole standards are effective at preventing sexual assaults.
John Gardner, a convicted sex offender, has pleaded guilty to the murders of both Chelsea King, a Poway High School student, and Amber Dubois, an Escondido High School student. Gardener reportedly pled guilty to avoid the death penalty.