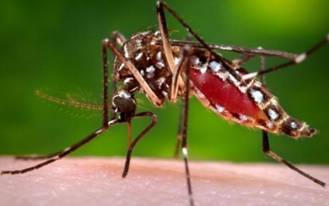 December 7, 2016 (Norwich, England) -- Some existing methods for controlling Zika-carrying mosquitos are not effective and may even be counter-productive, according to research by scientists at the University of East Anglia (UEA).

A review of previous studies into mosquito control interventions shows that there is a lack of clear evidence behind many of the strategies used to prevent the transmissions of insect-borne diseases like Zika virus, dengue and yellow fever.

Published today in the journal PLOS Neglected Tropical Diseases, the study led by Prof Paul Hunter from UEA’s Norwich Medical School looked at various control strategies which have been used over the years and the evidence of their success. Methods examined including biological controls such as introducing mosquito larvae-eating crustaceans or fish to water containers, chemical controls like pesticides and larvicides, and community educational campaigns.

It found that while biological interventions did appear to reduce numbers of disease-carrying insects more than chemical controls, the quality of the evidence was often poor, weakening our understanding of how best to combat diseases like Zika and dengue.

While some studies showed chemical insecticides and larvicides reduced mosquito numbers by up to 76 per cent, others showed no significant reduction and the overall results across all studies were inconsistent. Overall study of the evidence for the effectiveness of chemical spraying around domestic areas was weak, and any reduction of mosquitos wasn’t sustained.

Prof Hunter said: “Although chemical measures are widely used and expected to be effective, we consider most of the evidence in favour of chemical spraying to be quite poor.

“In fact there is some evidence that spraying may be counterproductive as it generates a false sense of security such that people no longer put effort into removing mosquito breeding sites around the home.”

Currently, the World Health Organisation (WHO) recommends integrated approaches, which combine more than one type of control method to tackle all life stages of mosquitos and which fully engage communities to control these diseases. In particular WHO advice is that the elimination of mosquito breeding sites is the most effective intervention for protecting populations.

Prof Hunter said: “Although there is limited evidence relating to integrated campaigns combining multiple methods of control, the WHO is correct to reiterate that the most effective intervention is likely to be the elimination of mosquito breeding sites. This requires sustained and ongoing education campaigns.”

Most of the studies reviewed in the paper reported outcomes based on reduction of insects following interventions rather than reduction in the incidence of disease.

“There is a real need for more high-quality research,” said Prof Hunter. “There is mixed evidence about whether simply reducing insect numbers actually reduces disease. So future research needs to cover longer durations, with better methodology, and must report on disease-related outcomes rather than just mosquito reduction.”

The review also highlights the need to consider the cost effectiveness of control strategies.

Prof Hunter said: “Public health funding tends to already be quite limited in low-to-middle income countries where mosquitos are endemic, so more evidence on how best to spend these limited funds is essential.

“Educational campaigns and community engagement are paramount in reducing breeding habitats around domestic environments and interrupting the cycle of disease transmission, but ongoing resources need to be allocated to ensure education continues and is maintained.”

Recently, the WHO has declared that Zika, like Ebola, is no longer a “public health emergency of international concern”. However, co-author Dr Maha Bouzid stresses this does not mean that the disease has been defeated nor that the affected people have resumed normal lives.

She said: “Considering the number of countries with active transmission, neurological disorders in adults and the lifelong repercussions on babies born with microcephaly, the containment of the current Zika epidemic is far from achieved. This in addition to the significant global burden of dengue and the recent resurgence of Yellow fever highlight the need for evidence based interventions to control mosquito transmitted diseases.”

This research was partially funded by the RESPONSES project and the National Institute for Health Research Health Protection Research Unit (NIHR HPRU) in Emergency Preparedness and Response at Kings College London in partnership with Public Health England (PHE).

‘Public health interventions Aedes control in the time of Zikavirus- A meta-review on effectiveness of vector control strategies’ is published in the journal PLOS Neglected Tropical Diseases.

The full paper is available to download here: https://www.dropbox.com/s/nuuktkqatrqqf30/PNTD-D-16-01415-amended.pdf?dl=0

The University of East Anglia (UEA) is a UK Top 15 university and ranks in the top one per cent of universities in the world. Known for its world-leading research and outstanding student experience, it has achieved a Top 10 rating in the National Student Survey every year since the survey began. UEA is a leading member of the Norwich Research Park - one of Europe’s biggest concentrations of researchers in the fields of environment, health and plant science. www.uea.ac.uk.

The National Institute for Health Research (NIHR) is funded by the Department of Health in Britain to improve the health and wealth of the nation through research. The NIHR is the research arm of the NHS.