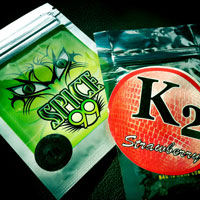 Except as authorized by law, this action makes possessing and selling these chemicals or the products that contain them illegal in the United States for an additional six months. This emergency action taken a year ago was necessary to prevent an imminent threat to public health and safety. The temporary scheduling action will remain in effect for an additional six months while the permanent scheduling process is underway.

This action will be published in the March 1, 2012 Federal Register to alert the public to this action. They continue to be designated as Schedule I substances, the most restrictive category under the Controlled Substances Act, for an additional six months. Schedule I substances are reserved for those substances with a high potential for abuse, no currently accepted medical use in treatment in the United States and a lack of accepted safety for use of the drug under medical supervision.
Over the past couple of years, smokeable herbal products marketed as being “legal” and as providing a marijuana-like high, have become increasingly popular, particularly among teens and young adults. These products consist of plant material that has been coated with research chemicals that claim to mimic THC, the active ingredient in marijuana, and are sold at a variety of retail outlets, in head shops, and over the Internet. These chemicals, however, have not been approved by the FDA and there is no oversight of the manufacturing process. Brands such as “Spice,” “K2,” “Blaze,” and “Red X Dawn” are labeled as herbal incense to mask their intended purpose.
Since 2009, DEA has received an increasing number of reports from poison control centers, hospitals and law enforcement regarding these products. The Comprehensive Crime Control Act of 1984 amended the Controlled Substances Act (CSA) to allow the DEA Administrator to place a substance temporarily in Schedule I when it is necessary to avoid an imminent hazard to the public safety. Emergency room physicians report that individuals who use these types of products experience serious side effects which include: convulsions, anxiety attacks, dangerously elevated heart rates, increased blood pressure, vomiting, and disorientation.
“We continue to address the problems of synthetic drug manufacturing, trafficking, and abuse. Our efforts have clearly shown that these chemicals present an imminent threat to public safety,” said DEA Administrator Michele M. Leonhart. “This six month extension is critical and gives us the time necessary to conduct the administrative scheduling process for permanent control.”
The order in the Federal Register can be accessed here:
http://frwebgate2.access.gpo.gov/cgi-bin/TEXTgate.cgi?WAISdocID=Gxe4Bc/0/1/0&WAISaction=retrieve