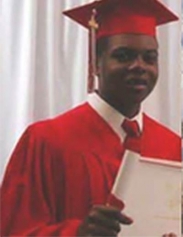 December 2, 2015 (Chicago) - Last week, Black Lives Matter rallies across the nation, including in San Diego, called for justice for Laquan McDonald, a black Chicago teen shot in the back repeatedly by police.

Now Chicago Mayor Rahm Emanuel has asked Chicago Police Superintendent Garry McCarthy to resign, the Chicago Sun-Time reports. The announcement of McCarthy stepping down came after the city of Chicago drew fire over the killing of McDonald. Police dashboard video released 13 months after his October 2014 death revealed he was shot 16 times by a white police officer.

The footage shows the 17-year-old walking into a street toward squad cars, holding a knife. He then veered away and turned his back toward police, then was shot multiple times.

The Chicago tragedies are among numerous deaths of black people at the hands of white law enforcement officers that have drawn national scrutiny in recent years, giving rise to the Black Lives Matter Movement.

Critics have accused authorities of covering up the video. The City of Chicago approved paying McDonald’s family $5 million in compensation shortly after the shooting.

The camera footage of McDonald’s killing was released last week after a judge ordered it be released to the public. One day after its release, first degree murder charges were filed against Officer Jason Van Dyke, who has been released on $1.5 million bail. Van Dyke has a history of complaints and in a majority of the cases, he was cleared. The allegations are mostly excessive force and at least one complaint alleges that he used a racial slur.

In San Diego on Black Friday, approximately 75 protesters staged a Black Lives Matter march and rally ending at Horton Plaza downtown, calling for an end to police brutality. Among the protesters’ demands was a call for the police commissioner and mayor of Chicago to step down over the Laquan McDonald shooting.  The demonstrators also rallied outside the Hall of Justice in San Diego asking for law enforcement to be held accountable for deaths of black people

Cathy Mendonca, who helped organize the rally, called for a moment of silence for those killed by police.

Desiree Smith also spoke, saying her teenage son was choked, slammed down and tasered by officers at his school in what she termed abuse of authority by police. “This has to stop. My son survived; will yours?”

But Escalante is already a political flashpoint. McCarthy’s decision to appoint him to replace retiring First Deputy Al Wysinger, who is African-American, infuriated the City Council’s Black Caucus and triggered demands for McCarthy’s ouster even before the Laquan McDonald video was made public.

According to CNN.com, several aldermen are openly lobbying for Wysinger’s return. Alderman Anthony Beale, former chairman of the Chicago City Council’s Police Committee, stated, “I believe in my heart that Al Wysinger will be a great choice to lead the department. Al has the respect of the community as well as the entire police department.

The recordings obtained last Wednesday by Chicago's WMAQ-TV through a Freedom of Information Act Request show that one officer pursuing 17-year-old Laquan McDonald on Oct. 20, 2014, asked if others in the area had stun guns, which are used to subdue suspects with non-lethal force. Van Dyke shot McDonald 16 times, even as the teen to the ground.

Recordings of Chicago police radio traffic surrounding the fatal shooting of a black teenager by a white officer show at least one responding officer asked for a Taser - given that squad-car video lacks audio - offer a partial glimpse of officers' discussions as events unfloded. None of the officers sho spoke appeared to be anxious until one radioed, "Shotsfired by police, get an ambulance over here."