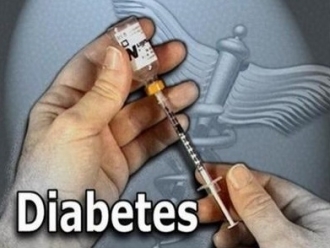 March 18, 2016 (Santee) -- To commemorate Tuesday, March 22 as the American Diabetes Association’s “Alert Day,” the nine Chick-fil-A restaurants in San Diego County, including the Chick-fil-A restaurant at 9418 Mission Gorge Road, Santee, will giveaway free food to customers who find out their risk of developing Type 2 diabetes.

Held annually on the fourth Tuesday in March, the ADA’s Alert Day encourages people to find out their risk of developing diabetes by taking the ADA’s online diabetes risk test at www.diabetes.org/socalalert. The risk test, consisting of seven questions covering such topics as family history, weight and age, takes less than 60 seconds to complete.

Anyone who visits a local Chick-fil-A restaurant between the hours of 11 a.m. and 8 p.m. on March 22 and shows proof they completed the diabetes risk test, will receive their choice of a free Chick-fil-A grilled chicken sandwich entrée or a free eight-piece grilled nugget entrée. Proof can include either a printout from the ADA website page or show the risk test’s final page on a smart phone. No personal information or test results will be collected. No purchase is required. Limit of one free entree per customer per day. Offer consists of entrée only, not a meal.

The ADA said an estimated 29 million Americans have diabetes, including more than one million San Diego County residents with either pre-diabetes or diabetes conditions. As many as 25 percent of people with diabetes are not aware they have the disease, according to Larissa Roman, executive director of the ADA office in San Diego. “Alert Day becomes a wake-up call for many people,” Roman said. “Diagnosis of diabetes often comes seven to 10 years after the onset of the disease. Early diagnosis is critical to successful treatment.”

Chick-fil-A owner-operators in San Diego said their support of ADA’s Alert Day is part of the chain’s commitment to healthy lifestyle habits and disease prevention. In addition, ADA officials said Chick-fil-A’s two free items available on March 22 -- the grilled chicken sandwich entrée and free eight-count grilled nugget entrée – are menu items that have been approved by the American Diabetes Association as healthy eating options for people with diabetes.