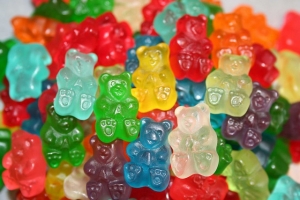 May 21, 2017 (Sacramento) – California’s Public Health Department wants to limit the potency of edible marijuana products.  That’s because since recreational marijuana became legal after last year’s ballot initiative, emergency rooms are reporting children have been accidentally overdosing on cannabis-laced products such as cookies and candies, including gummy bears, lollipops and other items that look appealing to youngsters, CBS news in Sacramento reports.

In addition, a bill to ban marijuana that resembles candies attractive to children has passed the Assembly and will now go to the state Senate.

Health officials say that edible forms of marijuana can cause stronger highs that last longer that smoking a marijuana cigarette.  It also takes longer to feel the effects.  Users may feel nothing initially and consume more than is safe, and that can cause hallucinations or other unintended effects. That can be particularly dangerous for children, who may mistake marijuana edibles for treats.

A study published in the journal JAMA Pediatrics last summer reported that in Colorado, the rates of marijuana exposure in young children, many of them toddlers, increased 150 percent since 2014, when recreational marijuana products, like sweets, went on the market legally. Symptoms ranged from loss of balance, vomiting and lethargy to more severe effects require hospitalization in intensive care units and intubation.

It isn’t only kids who are at risk. In Colorado, a 19-year-old exchange student visiting the state waited 30 minutes after eating the recommended dose of a marijuana cookie, but after feeling no effect, he at the whole cookie, then jumped off a hotel balcony and died.  Friends said he was not depressed and he had no history of drug use or mental illness.

California’s Public Health Department is recommending limiting the level of THC, the ingredient that causes highs, to a maximum of 10 milligrams per dose, or 100 milligrams for an entire package.  Some products currently on the market has up to 10 times that level, the Sacramento Bee reports.

“The actual and potential toxicity of unintentional ingestion of high levels of cannabis containing products demonstrates the need to set THC limits in order to protect public safety and health,” the department’s recommendations state.

California isn’t the only state facing such issues.  Colorado and Washington states have adopted the same standards proposed by California. Other states where marijuana is legal have also reported spikes in emergency room visits for children consuming pot treats.  Some adult users have also reported problems such as panic attacks and hallucinations from consuming edibles.

There is also the potential for adults to inadvertently consume edible pot.  A medical marijuana patient told ECM that his mother once mistakenly consumed a marijuana cookie he’d left in the kitchen, though fortunately only a portion of the cookie had been saved and she had no ill effects.

The proposal to limit potency has drawn objections from some sellers and users of edible cannabis products.    Joe Gerlach, CEO of Korova Edibles, says some medical marijuana users with painful conditions such as cancer have developed a high tolerance for THC and require potent edibles.  Simply eating more of them means also consuming more sugar or sweeteners used tod make the treats tasty, others have warned.  Korova believes edible cannabis is generally safer than opioids; indeed, deaths from opioid overdoses declined dramatically in Colorado after it became the first state to legalize recreational as well as medical marijuana.

Even some sellers of edible products agree that protecting consumers, particularly children, is important.  But they prefer options such as child-resistant containers and non-transparent packaging.

Assemblyman Rudy Salas, meanwhile, has introduced a bill just passed by the Assembly that would ban any edibles that resemble candy.  The bill would ban candies in the shape of a person, animal, insect, fruit, or another shape normally associated with candy, forms with a company’s logo would be allowed.

The bill would have no effect on potency allowed for home-baked cannabis treats, so users seeking stronger dosages could still bake up potent pot brownies or other items at home.

The measure, AB 350, passed the Assembly by a 78-2 vote on May 15th with all San Diego and East County Assembly members voting in favor.